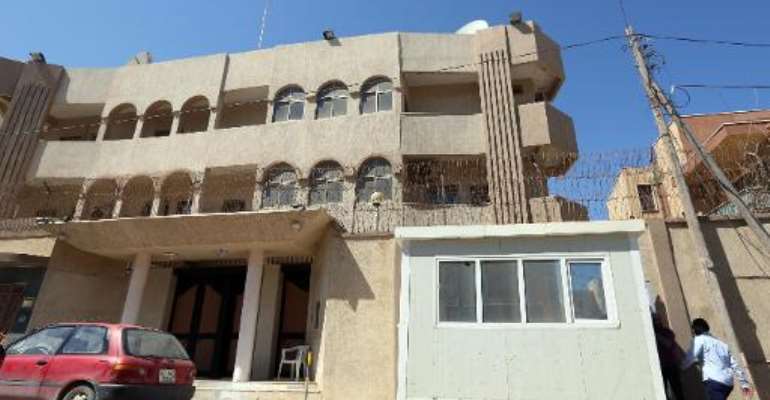 Two people were killed when jihadists attacked the South Korean embassy compound in the Libyan capital Tripoli on April 12, 2015. By Mahmud Turkia (AFP)

Seoul (AFP) - South Korea's foreign ministry said Tuesday that it has pulled its diplomats out of Tripoli following a deadly attack claimed by the Islamic State group on its embassy compound.

Amid growing concerns over security in Libya, South Korea has allowed its diplomats to rotate between Tripoli and Tunis every two weeks since July last year.

But the embassy in Tripoli will remain inactive from Tuesday with two diplomats transferred to Tunisia, where a temporary office is located, the ministry said in a statement.

Gunmen opened fire on the embassy compound from a passing car on Sunday, killing two Libyan guards and wounding a third person.

The attack was claimed by Islamic State militants who have targeted embassies in Tripoli and oil fields to kidnap foreign workers.

Libya has been plagued by chaos since the end of the 2011 revolt that toppled Moamer Kadhafi, with heavily armed militias battling for control of its cities and oil wealth, and rival governments and parliaments vying for power.

The country has had two governments and parliaments since Tripoli was seized in August by the Islamist-backed Fajr Libya militia and the internationally recognised government fled to the country's far east.