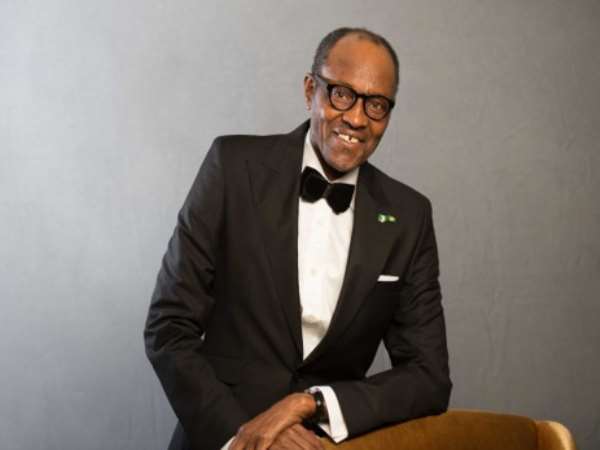 It is not news that in the course of this century, the traditional family, as it has always been known, has continued to be incredibly “disfigured” by seemingly sweeping influences in our society. Perhaps, what is news is that most people still haven’t found it necessary to appreciate the fact that these influences, though they seem torrential, are by no means compelling. Not in any sense.

Whether or not it is financial or emotional security that is driving people into this trend of finding happiness in the so-called “new family” system, I am sure there must be a way to get around it without destroying the original values of traditional families.

I have daily heard people from diverse backgrounds and cultures discuss their concern about this absurdity, this constantly shifting concept of the traditional family towards an embrace of the ideas enveloped in the so-called “new family”. To some, especially the traditionalists, it is a worrying development. To the so-called progressives, it is simply the “new school” – a side effect of technological innovations.

Today, statistics show that the percentage of the adult population even in the developing countries who aspire towards marriage is dwindling by the day. In the last few decades, the situation has not changed positively. Rather, it is getting worse and worse. Those who have the courage to get married insist on having less number of children.

Some don’t want to have children at all. Many more marriages are ending up in divorce. Many people, particularly those in the entertainment industry, are marrying again and again after their first or second marriage collapsed, thereby creating step-families.

It would have been a fortunate development if the torrent of this new trend had completely failed to catch up with African traditional societies. Indeed, the serious attempts made by both European and American governments to impose the “new family” idea on Africans hit a brick wall. Despite their threats to sanction any African countries which refuse to tow the line of their thoughts, African leaders stood firm in their rebuff of the suggestion by Europe and America. African people voted massively to retain the virtues and norms of the traditional family.

So far, the traditional concept of family continues to dominate every aspect of family life in African societies. A male husband and a female wife, in addition to their children, if they have any, remain the socially recognised family.

But times are changing.
The influence of the “civilised” nations is spreading like harmattan fire across the world. And as the world is quickly turning into a global village, African leaders will need to address the probability that this concept of the “new family” can eventually catch up with African nations. What will they do if eventually African countries embrace the concept of the “liberal family”? Will they stand by their peoples’ understanding and retain the values of the traditional African family? Or will they, at some point, cave in to American and European threats and follow the trend that is destined to destroy the values of the traditional family? That is a million dollar question.

When we take a cursory look at the situation, we discover that the “civilised” societies of America and Europe had at some point displayed a great affinity for individualism, as against the communal life-style of African people. In the African context, for instance, if a man dies owing money, his eldest son is called upon, at some point, to come pay his father’s debt. Not so in the advanced countries. In these countries, a man dies with his debt. It was a good idea, well intentioned. But it ran into trouble. The desire to protect their individualism plus the demand for confidentiality in dealing with a citizen’s private problems culminated in making members of a family vulnerable to easy fragmentation.

In what I could call original Britain, there was the well known narrative about the family. The story was that ‘traditionally’ people lived in stable two-parent families with married parents who stayed together for the rest of their lives. The boys lived at home with fathers who were their role-models, who disciplined them, and everyone looked after the older generation. By the 1960s, a new culture of permissiveness found its way into the society and changed the mindset of the people.

That version of the story was recently debunked by Pat Thane, a professor of Contemporary History at Kings College, London. Thane argued that even before World War 2 in 1939, a significant percentage of British people never even as much as got married. Well over 30% of British children had been conceived out of wedlock. So, the story that the1960s ushered in the era of permissiveness must be wrong. It was not from then onwards that people started divorcing. It was not from then that people started living together and having babies outside marriage. Nor was it from then that unprecedented numbers of complex families of step-relatives emerged. British society had been “broken”, as some people put it, much earlier.

According to her, “the 1960s certainly ushered changes into the society. But those changes were that relationships became more honest”

The professor, who was presenting her research at the Economic History Society's annual conference at the University of Warwick, agreed there had been major changes since the early 1960s – particularly in divorce, open cohabitation and childbirth outside marriage “which became more widespread and more socially accepted.”

Professor Thane contended that “some marriages had lasted longer before the 1960s because they generally started at an earlier age, were less likely to be broken by death in young adulthood as life expectancy grew, and divorce was hard to obtain from the law courts.”

It may seem that the cultural change which was brought about in the 1960s had to do with more permissive ways of living. But these were there before, hidden in the conscience of those who knew. People knew all about couples living outside of wedlock in their neighbourhood but they never talked about it. But from the 1960s, they were willing to talk about or discuss these relationships openly. The change was that people started to let it all hang out. In a sense, relationships became more open and more honest.

In 1969, major reforms of the divorce laws followed in quick succession. The reforms made it easier to get a divorce and they were remarkable in the sense that they blatantly contrasted the laws of the late 19th century which required a private act of Parliament to sanction a divorce. Divorce, like cohabitation, hugely lost its stigma. As would be expected, the result of the change in these laws accelerated divorce rates – from an average of 57,089 petitions per year between 1967 and 1970 to 165,000 in 1993. It marked the end of much of the secrecy and shame that had long surrounded aspects of personal behaviour. After the 60s almost everything went public, for good or bad. Whatever the reasons, it was a major cultural change.

Today, there are at-least five alternative types of “family” in the developed societies, and their influence is fast becoming the global trend.

There is monogamy, the one-man-one-wife type of marriage. This had always been the norm in traditional societies all over the world, until the society got burst with the emergence of the suffragette movement which saw women start their equal rights campaign.

Since then, things have never been the same again.
Yet, in African societies, monogamous marriages are not only recognised, they are highly revered. However, this reverence does not clash with the greater norm accepted by the society. In many traditional families, polygamous marriages are the desirable way of life. A man can marry as many as four wives and even more. No law bars him. Polygamy, which is the marriage of one man to many wives, is still a common practice in many African societies today.

Even in European and American societies where polygamy is illegal, some people who are attracted to polygamous life-styles still manage to manipulate the system by choosing to live with their legally married spouses while they cohabit with the other mates. In such a way, they are able to maximise the amount of money they get as subvention from the government.

There is the single parenthood which is also considered very acceptable in recent times. One-parent families can happen as a result of the death of one of the spouses or it can be a matter of choice, a result of divorce, or an unmarried woman's decision to have a child alone.

There is the cohabitation form of the “modern family”. Here, the unmarried couple share an apartment. This arrangement has gained and continues to gain popularity in the American and European societies of today. Cohabitation can be seen as an alternative form of marriage because in many ways it is similar to marriage. It is often used by couples who want to test their compatibility. It can also be used by couples whose marriage may not be legal. The only problem with this type of arrangement is that it does not receive the same formal recognition or legal benefits as real marriage. Also, some religions and groups see it as sinful or immoral. Despite all that, cohabitation is considered normal in “civilised” societies like America and Europe.

Then there is the GLBT which is an acronym for Gay, Lesbian, Bisexual, and Transgender. Amorous relationships by these groups of people and even the families they create are considered non-traditional. The first country to permit lawful same-sex marriage in 1989 was Denmark. Soon after, other countries like Canada followed the trend. Many states in the US today have legalized same-sex marriage, although some states still believe it is immoral and have refused to legalise the act. Its merits and demerits are being hotly debated in American and European societies, day in, day out.

For a long while, a section of the American population continued to pressure that GLBT lifestyles are wrong for various reasons. However, recently, popular opinion began to shift, and an increased acceptance of GLBT as an everyday part of reality has taken place.

The impact of the national economy on the family which is socially endorsed is also very important. Perhaps, this is why most American and European households seem to prefer the non-traditional family, given the economic conditions of the family. For instance, when people decide to co-habit, the underlying factor could be economic – one of the mates may need some sort of financial security which the other can afford, such as housing or food. Even companionship and sex matter in this sort of arrangement.

As pressure mounts on African governments to cater more adequately for their teeming populations, it is obvious that these aspects of social trend could add their weight to the pressure. If African leaders must keep to the traditional values of African people, such as parental control over their children, respect for elders, sex after marriage and so on, they must be one step ahead of the pressure that will be put on them some day, somewhere along the line. They will need to stay one step ahead.

The author has 213 publications published on Modern Ghana.