Lagos: Peace In The Land Of Accommodation 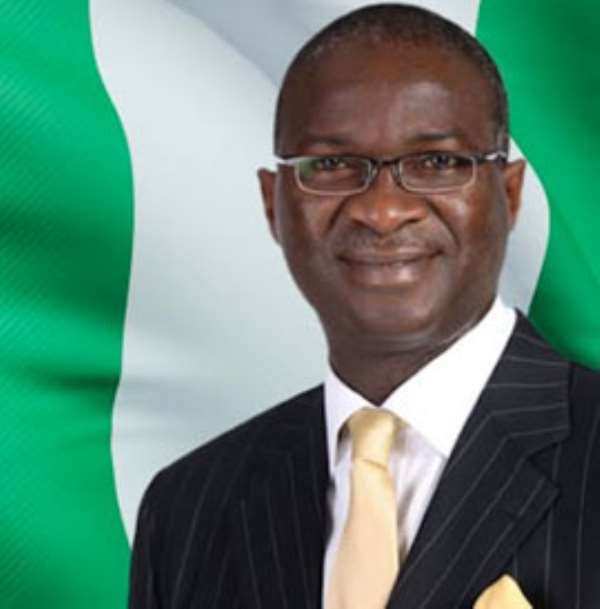 There is a difference between accommodation, tolerance and hostility. Yoruba have no problem with different ethnic groups. Actually, many Africans accommodate strangers within them as long as it is not abused. One of the biggest and the richest cities in Africa, Ibadan, was founded by different groups of Yoruba that revered loyalty, hard work and cultural progress. Indeed, it is where a king can become a commoner and a commoner can become a king.

Lagos like other Yoruba cities was founded on these qualities of accommodation and tolerance. However, accommodation must not become complacency and abuse of the hosts, if you want to assimilate. Africans have progressed around the world because we adhere to the general principle of hosts cultures and road to assimilation. Even then, we have been rejected times without number. It is when intolerance of other people or ethnic groups turns into hostility.

Many families of African Americans have been in United States before Columbus. Yet, some are not accommodated in their Country. Those that were tolerated exceed beyond expectations. In order to understand accommodation, we have to learn how different ethnic groups are treated in their own country. In Asia and Europe, there are the Gypsies treated worse than most humans by hosts and even by new comers into the area.

Accommodation means more than the dictionary definition. It allows new comers to stretch their arms and legs and yawn as they like. When complacency sets in, they complain that they are tired of their hosts that warn them not to abuse their generosity. They claim rights that infringe on their hosts and challenge them to demonstrate their worst.

The Oba of Lagos went beyond decorum and voiced, out of anger what some of his subjects have been complaining of. When Nigerians started relocation of other people, it did not begin in the Yoruba land. As more states were created, one of the disadvantages is that people feel they belong to certain quarters more than others. Reallocation of people finally got to Yoruba land for the same reason other states did. There are not enough resources to care for all.

Before all these, for the first time in history, Nigerians started deporting other Africans. Yes, Ghana deported Nigerians at one point. But Nigeria in general and Lagos in particular were the melting points for all Africans. The days Ghanaians were deported, Dr. Nnamdi Azikiwe warned of a bad precedence and the audacity that any African would dare deport the children of Nkrumah. We started with fellow Africans, it has got to fellow Nigerians.

While Nigerians deported other Africans and later started reallocating other Nigerians, we saw a sad trend necessitated by harsh economic reality. Needless to say, South Africa became attractive after the end of Apartheid. Nigerians and other Africans flooded there hoping to make it and many of them did make it. Others abused the generosity of their hosts that wanted them in Zimbabwe, Tanzania and Zambia to South Africa. Hostilities reared ugly heads.

Nigerian teachers, lawyers and doctors that were accommodated and held in high esteem in this Southern part of Africa frowned at their countrymen that are new comers. The new comers claimed their country helped liberate Southern Africa and spent generously on their guerrilla fighters. It was not a license to abuse your hosts’ accommodation. May Kwame Nkrumah rest in peace for his selfless contribution to Africa’s freedom fighters.

The Yoruba say: no matter which part of your body is related to mine, even if you donated body part, you cannot tear it off my body. There is a limit to human tolerance. When we become sick and tired of our host accommodation, disrespect their culture and demand their land as ours, we have abused our privileges. The only good Nigerian, European or American is the one that has host interest and remain loyal. If we prove otherwise, we are either banished or deported.

Igbo have contributed a great deal to Lagos. The Igbo from the old school are still cherished and highly respected in Lagos. Streets and monuments are still named after them. Their children that are born in Lagos cannot be differentiated from their hosts. Indeed, many Igbo melted into Lagos family compounds. They have achieved success, not by confrontation and abuse of their hosts but by their hard work and loyalty to the interest of their hosts.

Their Igbo elders are embarrassed by their behavior. In most circles, clubs and areas the new comers would not be accommodated. We have to understand that many Ghanaians, Togolese and those from Benin Republic have melted into Lagos just like other Yoruba, Ibibio, and Tapa etc. without confrontation or overbearing attitudes towards their hosts. Igbo came after them.

It is unfortunate that some Igbo exaggerated their hold on Lagos when in fact they are losing what they have achieved for many years. City Council used to be governed by the Yoruba and Igbo mixed in parties. The high circles, clubs and schools accommodated Igbo before many of them fell into disrepair for lack of maintenance, were abandoned by Yoruba. These days, the Yoruba have started private clubs, circles, joints and schools beyond the reach of new Igbo.

Actually, only a few Igbo live in proper Lagos. But many others think they live in Lagos when in fact they live in old Western Region where they are easily outnumbered by other Nigerians and Africans. In the areas they are mostly concentrated and are able to gain political seats, they are far less than the areas their elders control in the days of glory in proper Lagos. So if anything, they have lost a great deal, not gain as the new comers think.

Peace must reign with the help of elders on all sides to restore and rebuild accommodation and tolerance in the land of Lagos. Eko O Gba Gbere Rara O!