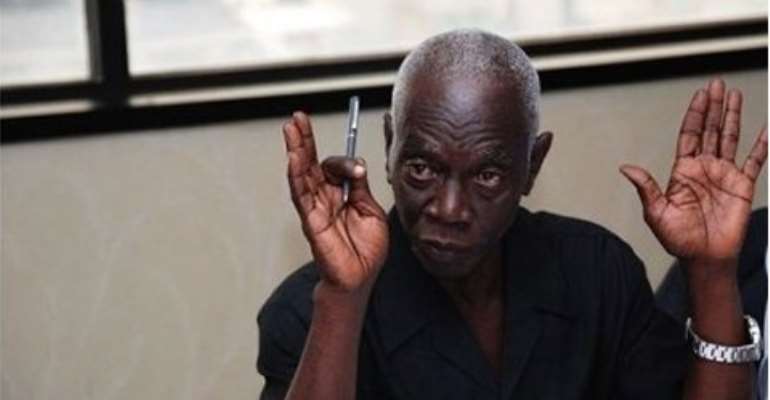 Opposition political parties in the country have called for broad consultations in the appointed of a new Chair for the Electoral Commission.

Their call comes two months to the retirement of Dr Kwadwo Afari Gyan - the current Chairman - who has served in that capacity for over two decades.

Former National Chairman of the New Patriotic Party (NPP) Peter Mac Manu believes there must be rigour in the appointment of a new Chair for the elections regulator to redeem its lost image.

"The image of Ghana's Electoral Commission has been battered. Look at what happen at the Supreme Court when the New Patriotic Party, led by its presidential candidate, contested the results of the 2012 elections. Look at what has happened recently in the botched district assembly elections and the financial cost [involved]", Mr Mac Manu pointed out.

However, the views of the Convention Peoples Party (CPP) and the Progressive Peoples Party (PPP) are not different on the need for thoroughness in a process to select a new Chair for the EC.

"We are still a relatively young democracy. We have gone to the brink a number of times; in the last elections we went to court so I think anything to do with elections needs to be transparent, needs to have buy-in from all sides we don't want a situation where the next election...we won't accept [the results]. And I think it begins with having a credible trusted EC Commissioner", Nii Akonfrah said.

Richmond Keelson, PPP Communications Director also suggests that, although the President is not entitled to consult opposition parties in his choice of a Commissioner for the EC, he should do so that his choice would be "a consensus Chairman".

Article 70, clause 2 of the 1992 Constitution gives the President the prerogative to appoint the EC Chairman and Deputies as well as other members of the Commission on the advice of the Council of State.

The constitutional provision notwithstanding, Mr Mac Manu wants President John Mahama to "do a lot of consultation we get somebody who is acceptable to all to build a credible image for the Electoral Commission".

They are Mr Justice Senyo Dzamefe, a Courts of Appeal Judge and Chairman of the Presidential Commission of Inquiry that probed the 2014 World Cup in Brazil; Executive Director of the Institute of Democratic Governance (IDEG), Dr Emmanuel Akwetey; Deputy Chairman in charge of Operations at the EC, Mr Amadu Sulley, and the Executive Director of the Centre for Democratic Development (CDD), Professor Gyimah-Boadi.