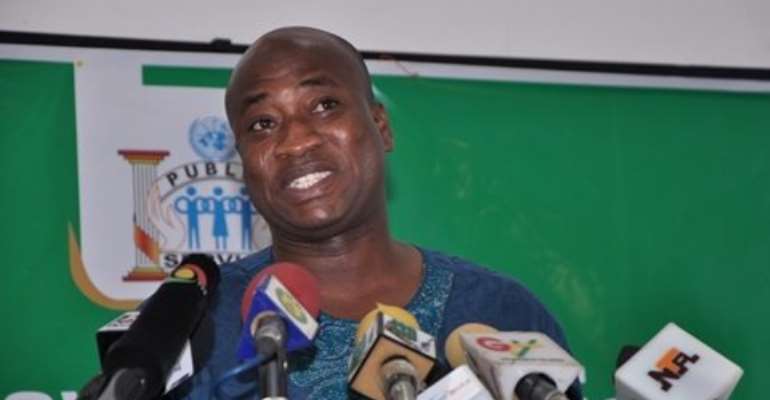 The Chiefs, Imams and other opinion leaders in the three northern regions of Ghana have unanimously condemned allegations of corruption they say were levelled against them by Nanton MP, Murtala Ibrahim.

They have also petitioned President Mahama to consider competence, experience and high-mindedness in the appointment of representatives of the Northern Regions to serve in government.

These submissions were contained in a press statement signed by Alhaji Hamid Alhassan for Chiefs, Islamic Clerics, and Opinion leaders of the Northern Regions, which they said was in reaction to 'the ill-mannered allegations made by the Deputy Minister of Trade and Industry, also an MP for Nanton, Murtala Mohammed to the effect that Northern Chiefs are corruptible and are hypocrites.'

The statement said a consultative meeting of the traditional councils of all communities of the Northern regions including chiefs, Islamic clerics, opinion leaders and the larger population was held in the wake of the said allegation, following which “we wish to state unequivocally that the Chiefs, Imams and other opinion leaders in the three regions of Northern Ghana are in by no means corrupt as the Deputy Minister of Trade and Industry seek to portray to the Ghanaian public”.

It indicated that the chiefs and people of the three Northern Regions had worked tirelessly to sustain the relative peace and stability of the regions in recent years, and that they will not be drawn into any attempt by any individual who for political convenience and ambition seeks to ruin the efforts of government.

According to the statement, it was most unfortunate that a Member of Parliament who represented the people's views in parliament and in government will cast a slur on the image and the conscience of the entire Northern Regions.

“We also wish to state in no uncertain terms that at no point has any Chief, Islamic cleric or opinion leader received as perceived 'filthy ill-gotten money' as bribes from Ministers of government or from any Member of Parliament as claimed the Hon. Mutarla Mohammed”.

The chiefs made reference to what they described as 'the counter-productive infighting among the  MPs of Tamale' which continues to  pose threats to the security of the region, and called for the appointment of more experienced and mature legislators to serve actively in government to bring unity and development to the area.

“It is believed that had the President appointed more matured and civil representatives of the Northern regions, such squabbling among the Northern MPs will not tend to endanger the peace in the region”, the chiefs emphasised.

“As we seek a redress from the Office of the President, we urge youth groups taking sides on these issues to exercise caution in their activities so as not to engender reprisals”, the statement said, and called on the people to remain united even in their diversity for the development of the Upper East, Upper West and Northern Regions.

The Deputy Trade Minister has since apologised to the president and the people of Ghana for his outbursts.