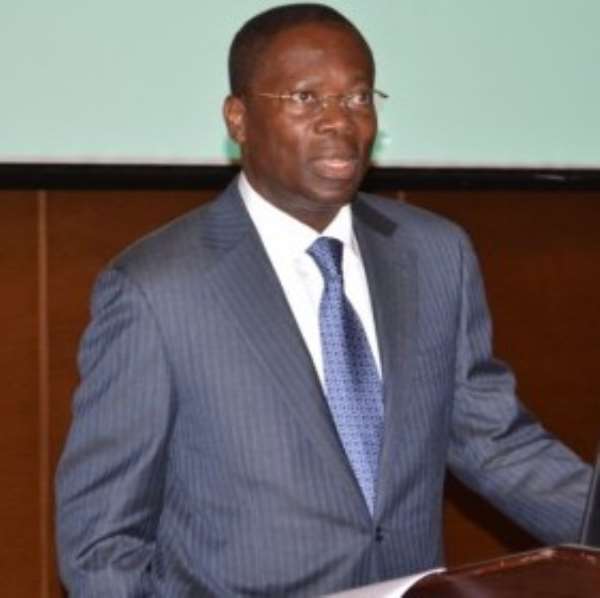 Atuabo (WR), April 12, GNA - The Ghana National Gas Company (GNGC), has developed a quota system for employing local people into the company in view of the sacrifices they have made in ensuring the successful completion of the Atuabo gas processing plant.

The Chief Executive Officer of GNGC, Dr. George Sipa-Yankey, made this known when he presented a 33-seater bus to the Eastern Nzema Traditional Council at Atuabo, in the Ellembelle District of the Western Region, as part of its corporate social responsibility.

He said two additional buses would be donated to the Western Nzema Traditional Council and the Elderly Home Care Centre, near Ampain, to facilitate their movement and operations.

He assured communities within its operational area that it would continue to support them with more social infrastructure including, health and educational facilities.

Dr. Sipa Yankey said funds had been secured for the payment of compensation to landowners whose land were acquired for the Essiama/Preatea gas pipeline and urged affected persons to confirm their land documents with the Land Valuation Board for payment.

'So far, GH¢7 million out of GH¢17 million had been paid to affected landowners.'

He pledged that the company would support future expansion of the Eikwe Government Hospital, which served the health needs of the workers of GNGC coupled with the increasing population of the area.

He announced that the company commenced commercial production of gas from April 1, this month, with daily production of 80 million standard cubic feet of lean gas to the Volta River Authority for the generation of electricity.

He said it expects to increase production to 120 million SCF per day to VRA when the T-2 plant comes on stream, which would help in generating 450 megawatt of power.

Awulae Amihere Kpanyili III, President of the Council, expressed profound appreciation to the GNGC for the donation and appealed for more support.

He urged the GNGC to put in the necessary safety measures to protect the people and pledged that the chiefs and people of the traditional area would live in peace and harmony with the management and staff of the company to accelerate development.