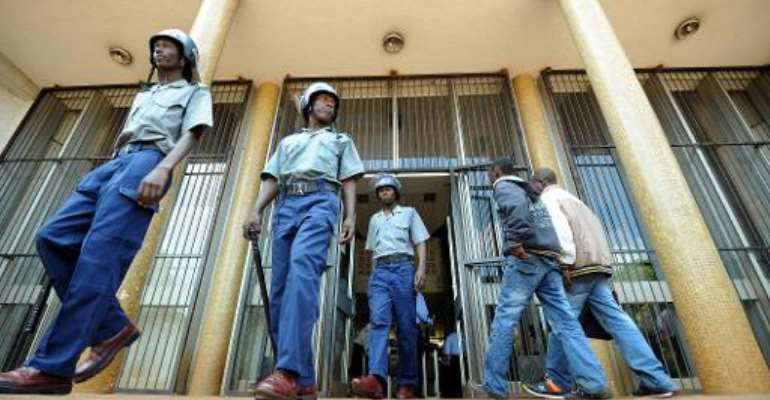 A magistrate's court in Harare sentences two former Air Zimbabwe executives to 10 years in jail each for insurance fraud. By Alexander Joe (AFP)

Harare (AFP) - A magistrate's court in Harare on Friday sentenced two former senior executives of the national carrier Air Zimbabwe to 10 years in jail each for insurance fraud involving more than $8 million.

The pair will serve seven years after the court suspended three years of their sentence on condition of good behaviour.

They were found guilty of hiring a local insurance company without going to tender and inflating charges for other services hired by the airline.

Air Zimbabwe is saddled with debt of over $140 million and the arrears have been accruing as the airline battles to secure credit.

Its ageing fleet has stopped flying international routes while some aircraft were impounded in London and South Africa by creditors over unpaid debts.