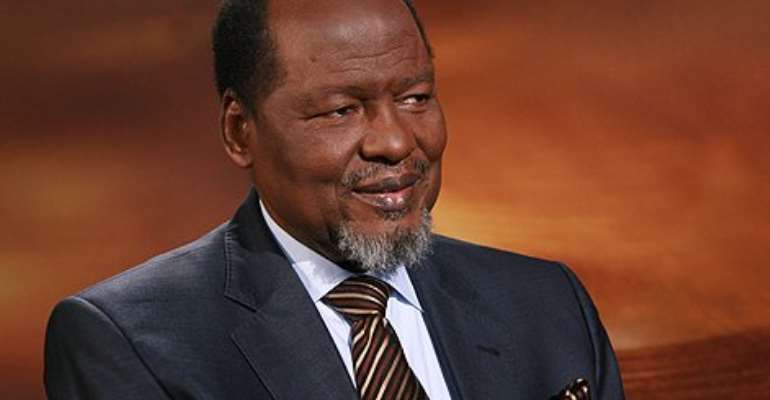 Tamale, April 10, GNA - Mr Joaquim Chissano, former President of Mozambique,   has bemoaned the failure of the current leadership of Africa to pursue the vision of leaders of the continent's liberation struggle.

He said the leaders of Africa's liberation struggle were not selfish, but were accountable to the people, and guided by solidarity, patriotism and common purpose, those were values which helped them to achieve independence for their countries.

He mentioned Dr Kwame Nkrumah, first President of Ghana, Dr Kenneth Kaunda of Zambia, Dr Julius Nyerere of Tanzania and Mr Samora Machel of Mozambique, as some of the leaders of Africa's liberation struggle whose contributions should have guided the actions of the current leadership on the continent.

Mr Chissano stated this when he delivered the third edition of the Africa Leadership Lectures in Tamale on Thursday, under the topic: 'The Evolution of the Strong Visionary Leadership of the Frontlline States and its Contributions to the Liberation Struggle in Southern Africa.'

The Africa Leadership Lectures, held annually, were instituted by the University for Development Studies (UDS) in 2013, to contribute to a national and transnational discourse on productive leadership culture that will support and enhance African development.

This year's lectures will be climaxed on Saturday with a special congregation in Tamale, where UDS is expected to confer a Doctorate Degree on Mr Chissano for his visionary leadership, which has transformed and developed Mozambique making him   to win the Mo Ibrahim Prize for Africa Leadership.

Mr Chissano said it was important to learn from the past to guide the actions of the present to ensure progress, and urged all to recognize and celebrate the contributions of leaders of Africa's liberation struggle.

He urged Africa Universities to research into the contributions of leaders of Africa's liberation struggle, as a means of contributing to knowledge that will guide the present generation of Africa in its quest for development.

Dr Abdulai Baba Salifu, Chairman of the Governing Council of UDS, said it was the conviction of the University that African leaders had the opportunity and the resources to transform the continent, by pursuing prudent scientific and development policies, as well as nurturing indigenous talents hence the institution of the Africa Leadership Lectures.

Professor Haruna Yakubu, Vice-Chancellor of UDS, said the Africa Leadership Lectures were a platform to subject the issues of leadership and development on the continent to the required critical thought.