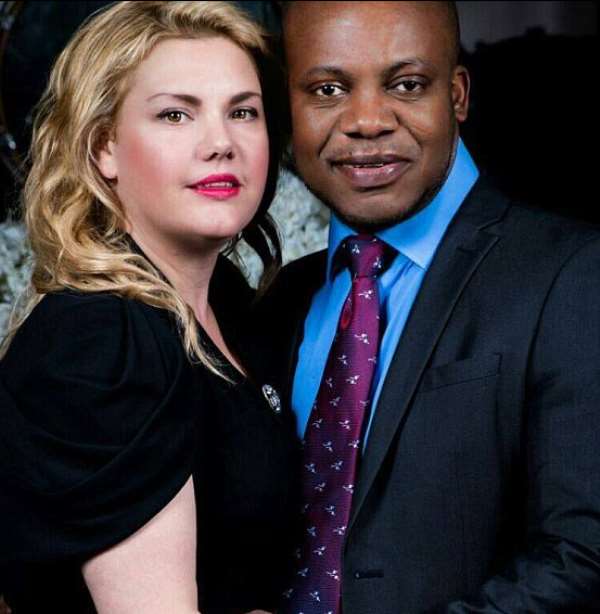 The autopsy report on Charmaine Speirs, the British wife of Pastor Eric Isaiah Adusah of the United Kingdom-based Global Light Revival Ministries, who died in a bizarre circumstance at a hotel room in Koforidua, is out.

According to the report from the Korle-Bu Teaching Hospital, the pastor's wife died of 'opiate heroin overdose.'

This was made known yesterday when Pastor Adusah appeared at the Accra central magistrate court over the suspicion that he murdered his British wife.

Pastor Adusah has been charged with murder contrary to Section 46 of Act 29 of 1960 and his plea has not been taken by the court.

The accused is alleged to have between 18th and 20th March, 2015, at Mac Dic Royal Plaza Hotel in Koforidua in the Eastern Region, caused the death of Charmaine Speirs, a British citizen, by unlawful harm.

When the case was called in the court presided over by Ms Marian Affoh, Chief Inspector Patrick Hanson said investigations into the case were over.

Chief Inspector Hanson, who was holding brief for Detective Inspector Isaac Agbemehia, stated that a duplicate of the case docket had been forwarded to the Attorney-General's (A-G's) Department for advice.

Bail Attempts
K.N. Adomako Acheampong, lead counsel for Pastor Adusah, said that was a case of homicide and that if the prosecution was saying investigations were complete, it presupposed that the autopsy report was ready.

He said it must be read in court for the counsel to act accordingly, adding that the accused must be seen to be connected to the crime.

Mr Acheampong argued that per the autopsy report, the accused died of acute poisoning.

'My Lord can take judicial notice of the fact that heroin is a very addictive drug and it's very self-inflicted,' he stated, indicating, 'The presumption is that the deceased injected heroin into her system and that caused her unfortunate death'.

While making an attempt for bail for his client, Mr Acheampong said the accused was not in the country as at the time of the incident, taking into consideration the fact that the deceased locked herself up in the hotel and injected herself with the drug.

'My Lord, if you look at the array of pastors in this court, it means he (Adusah) is really a man of God,' Mr Acheampong noted.

The lawyer was emphatic that the accused, in view of the facts of the prosecution, coupled with the results of the autopsy, 'may not even go for trial (at the high court) at all.'

The lawyer said Pastor Adusah had already spent two weeks in police custody 'for a crime he knows nothing about.'

Reaction
In opposing the bail application, Chief Inspector Hanson said Pastor Adusah's lawyer had based his arguments for bail solely on the autopsy report.

He however added that 'the law is in your bosom; we leave it to your discretion.'

Bail Declined
In her ruling on the bail application, the trial magistrate threw out the bail request explaining that although the autopsy had established the cause of death, she could not grant bail.

She said the position of the report did not automatically absolve Pastor Adusah from the crime he allegedly committed and suggested to the defence team to go to a higher court to quash the decision to remand their client.

Ms Affoh stated that there had not been any issue of undue delay in respect of the case.

She however ordered the prosecution to follow up on the docket at the A-G's department.