I opened the way for Kojo Oppong-Nkrumah, others - Abeiku Santana 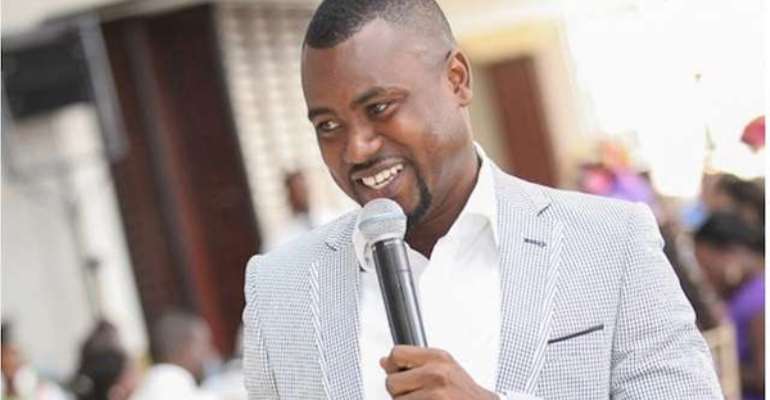 Talk-show-host-turned-politician, Gilbert Abeiku  Aggrey, says he is a pacesetter when it comes to journalists engaging in active politics.

He recalled with a sense of vindication, the scathing attacks he received when he decided to campaign for President John Mahama in the 2012. presidential poll.

Known in showbiz as Abeiku Santana, the entertainer and Okay FM presenter who will be contesting a parliamentary seat on the ticket of the governing National Democratic Congress (NDC)  told Adom FM Thursday, April 9, 2015, more journalists have come out to openly reveal their political affiliations since he declared his political affiliation.

He noted that these media professionals have also gone ahead to declare their ambition to enter parliament on the ticket of the two rival political parties, the NDC)and the opposition New Patriotic Party (NPP).

“When in 2012 I came out to declare support for President John Mahama, people criticized the decision, but today Kojo Oppong Nkrumah, Egbert Faible Jnr, A.C Ohene, Ken Kuranchie are all contesting…it means that there is a dichotomy between the work that we do as broadcast journalists and the work that we do as party activists.”

The aspirant for the NDC Mfantseman West parliamentary candidature wants Ghanaians to refrain from condemning journalists who show interest in partisan politics.

He believes his decision to enter politics in 2012 is “setting the precedent and others will follow.”

“I was the first and I will continue to be the first in everything…you will see more journalists and media personalities coming out to do politics,” he prophesied.

I haven’t said NPP is Majority in Parliament – Bagbin clarif...
40 minutes ago