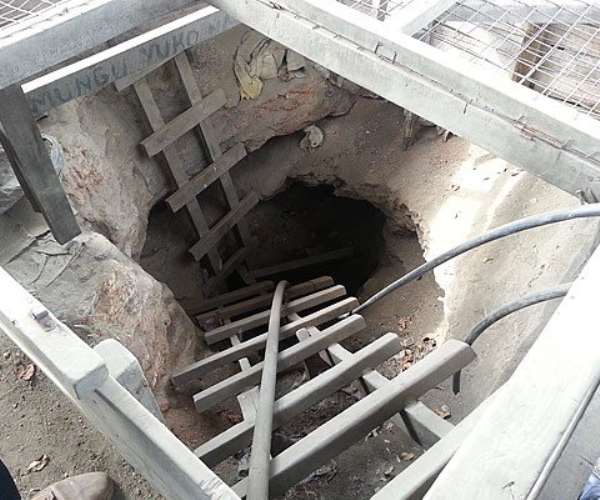 The Tarkwa Nsuaem Municipal Assembly did not effectively use revenues from the mining royalties to reduce the negative impact of mining in the municipality, transparency report has suggested.

Mining activities create environmental and health concerns in the communities. For instance tracts of land have been degraded, arable lands have been taken over by mining concessions and farms which the people depend on for their livelihood have been destroyed.

The use of chemicals such as mercury and cyanide also pollute the air, water and soil in such areas causing public health hazards and also destroying farm lands.

But, a striking revelation from the Ghana Extractive Industry Transparency Initiative Report on the mine sector for 2012 -2013 is that, the Tarkwa Nsuaem Municipal Assembly did not commit funds from the mining royalties towards improving health delivery in the municipality.

However, the same report indicated that, the assembly used a whopping GHC 133, 637.23 representing 53 % of its mining royalties to fund what it called “Local Government Projects” which included cost items like support for farmers day celebration, purchase of office furniture, purchase of low cost house, consultancy, among others.

The mining royalties which is drawn from the Mining Development Fund (MDF) was established in 1993 to invest money into communities and to mitigate the harmful effects of mining.

The MDF constitute 20% of royalties paid by mining companies to the Government of Ghana.

Half of this amount is paid to the Office of the Administrator of  Stool Lands (OASL) to be disbursed to beneficiaries. OASL retains 10% of this amount and disburses 55% of the remaining to MMDAs.

According to the GHEITI report, GHS 773,732.68 representing only 33% of the mineral royalties paid to the Tarkwa Nsuaem Municipal Assembly was invested into the improvement of water and sanitary conditions in the area.

The assembly spent only 9.2 percent of their minerals revenue to improve education in the Municipality although the District captured improvement in education as a major focus area in its 2012 composite budget.

The Performance Audit Report of the Auditor General's department on the utilization of the mining development fund by MMDAs also suggested that after 17 years of existence of the Fund with an amount of GH¢35.3 million accruing to it, MMDAs utilized MDF either in whole or partly for varied projects which do not mitigate the harmful effects of mining.

Furthermore, MMDAs did not operate a separate account for MDF as they treated the fund as Internally Generated Fund (IGF).

The Auditor General's report further analyzed the financial statement of  three MMDAs (Tarkwa Nsuaem Municipal Assembly, Prestea Huni - Valley District and the Obuasi Municipal Assembly) and found that from 2005 to 2009, an amount of GH¢6.74million was disbursed to the three MMDAs.

A review of expenditure of the three MMDAs revealed that, only GH¢0.96 million (14.24%) was spent on health,  waste management, water and sanitation. The bulk of the money, GH¢5.78 million (85.76%) was rather spent on projects which in the opinion of the auditors did not serve the purpose of the fund.

In the case of Tarkwa Nsuaem Municipal Assembly, a total of 156,193.13 representing 6.3 percent of the mining royalties received was invested in what the assembly called “Other Capital Projects”. This included cost elements such as contingency, disaster and emergency relief, and international lab organization.

The performance audit report of the auditor general recommended that MMDs should exclusively conduct risk assessment on the effects of mining in their jurisdictions to effectively identify the harmful effects of mining predominant in their communities. This, the report says will enable them to develop appropriate strategies to mitigate them. It further recommended that MMDAs operate separate accounts for MDF and stop treating the fund as Internally Generated Fund (IGF)

Below is a chart which depicts the key areas Tarkwa Nsuaem Municipality utilized their share of the mineral royalties for the 2012 fiscal year.