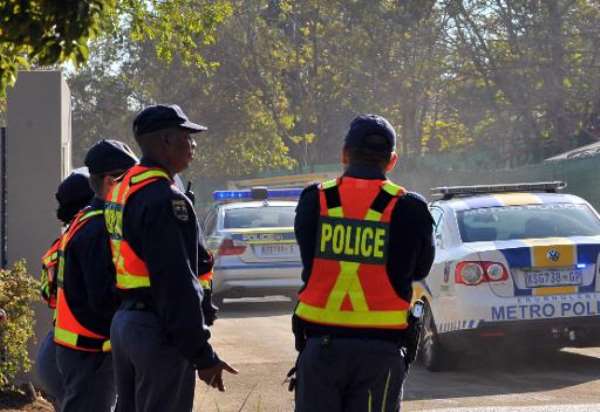 Johannesburg (AFP) - Another colonial-era statue has been vandalised in South Africa amid growing protests against historic symbols honouring the white colonial era.

The memorial recognising the role of animals in the Anglo-Boer war more than a century ago was attacked Monday in the southeastern city of Port Elizabeth.

Police said the bronze statue of a kneeling soldier offering a bucket of water to a horse was knocked down by supporters of the radical leftist Economic Freedom Fighters (EFF) party.

The soldier was pulled down, but the horse was undamaged.

South Africans are currently debating the status of colonial-era monuments after student activists at the University of Cape Town succeeded in having a statue of British colonialist Cecil Rhodes boarded up.

Police at Humawood station in Port Elizabeth said a man was on Tuesday brought in for questioning but later released after the horse statue attack.

"We were acting on information brought by an eyewitness," said station commander Brigadier Ronald Koll.

The Anglo-Boer war was fought between the British and two regions of Dutch settlers between 1889-1902, ending in victory for the British.

The new vandalism comes after a statue of an Afrikaner hero and former president of colonial South Africa, Paul Kruger, was desecrated at the weekend in the capital Pretoria.

The imposing statue which has stood in the heart of the capital for over six decades was splattered with green pain.

Last week, EFF supporters in Uitenhage, west of Port Elizabeth, burned a monument to British soldiers who died in the Anglo-Boer wars.