The Fisherman’s Tale: A Gist To The Woes Of Ghana’s Local Government Institution 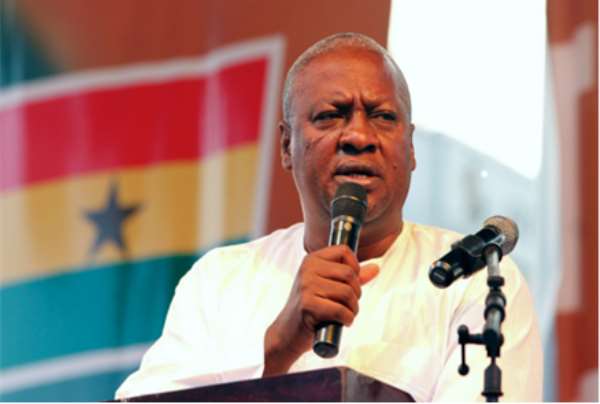 Ghanaians who have been following matters pertaining to the country's Decentralisation policy, and the Local Government system with keen interest will consider the outcome of the recent legal tussle between the rather humble, but serious minded fisherman and aspiring Assembly member for the Eyipeh Electoral Area in the Effutu District of the Central Region, Mr.Benjamin Eyi Mensah and the Electoral Commission of Ghana, as nothing more than a gist to the woes of the very institution which per the rationale behind its adoption, is supposed to be the foundation block of Ghana's total governance system.

Perhaps, a cursory look at the institution from the following perspective will bring to the fore, the huge shortcomings which makes it highly effective in attending to critical issues at the grass roots, as its framers intended it to do.

MODE OF RECRUITMENT:
Recruitment of heads of Metropolitan,Municipal and District Assemblies through indirect election affects negatively,the local Governance system in the following ways:

• It detaches the people from the office of MMDCEs who are suppose to be their foremost leaders in the Governance system .Most people in the MMDAs therefore are not aware of the presence of leadership in their respective local areas and still look up to the President of the Republic for leadership in everything.

It is important to say, that by virtue of the fact that they are elected directly by the people on the principle of universal adult suffrage,Assembly members are even more known to the people than MMDCEs.

• Secondly,non election of the heads of local government bodies in itself,undermines the concept of decentralization and local governance which are suppose to grant some amount of political autonomy to local areas within the state.Popular participation of the people in the election of heads of their respective local government areas is indeed, a primary measure of the extent to which they enjoy political autonomy.Given the present situation where the people are not allowed to perform this primary political function,one cannot speak of an effective decentralization policy and local Government system in Ghana.

• Finally,since the MMDCEs are the embodiments of the various local government authorities.The non involvement of the people in their recruitment therefore significantly contributes to low knowledge of the people on the existence and the functions of MMDAs in the local areas.The absence of such knowledge makes it virtually impossible for the people to participate in activities of MMDAs and more importantly,to hold them accountable in the provision of services etc.

REMUNERATION AND OTHER CONDITIONS OF SERVICE
It is also important to say, that Ghana's effort at promoting development at the grassroots through decentralization as stipulated by the fourth Republican constitution will remain an illusion, if the huge gaps in terms of remuneration and other conditions of service between central government and local government office holders is not bridged.

Given the fact that the 1992 constitution places emphasis on grass root participation in the making of political and socio-economic decisions and also insist that development projects emanate from the communities, it is only fair that those in charge of such bulky and critical work are adequately rewarded in order to ensure, that they do diligence to what is supposed to be the foundation work of the nation.

As things stand,that is not the case.Hard working Assembly members ,who unlike MPs and Ministers live with the people on daily basis in the communities and are therefore compelled to attend to each and every problem that arises in the communities, still depend on meagre allowances for the huge work they do.

It is also said,that some Unit committee members do not take more than fifty Ghana Cedis(GHC 50.00) quarterly ,for all the work they do for the nation.Reports also have it ,that MMDCES take approximately three and four times less the salary of Members of parliament and Ministers of state respectively,besides the huge ex-gratia, allowances, entitlement to diplomatic passport, loan facilities for accommodation and car, that is given to the later.

It is obvious from the foregoing, that the framers of the current governance system gave too much attention to the central government bodies especially,the executive and the legislature, in terms conditions of service to the detriment of crucial institutions such local Government Authorities.

TRAINING,EXPERTISE AND EXPERIENCE
An important factor contributing to the inability of the local Government system to address the problems of the Nation,is failure to equip members of the assemblies with the requisite training that will enable them to discharge their duties efficiently.

Much is known about the intensive training that is given to Members of Parliament at the Ghana Institute of Management and Public Administration(GIMPA),and many other places upon assumption of office as legislators, but one cannot say the same for MMDCEs,Assembly members and other local Government functionaries.

Additionally,the local government bodies are unable to attract people with the relevant expertise especially in the fields of accounting,engineering,architechture,law, as Assembly members to enable them to perform their legislative,deliberative and more importantly, monitoring and evaluation functions efficiently.

It stands to reason that the aforementioned professionals are not inclined to work for their communities as Assembly men and women because of the poor conditions of service packages that come with the position,as against other engagements.

The same factor account for small numbers of experienced assembly members in almost all the assemblies in the country.There is no doubt that assembly members are more unlikely to seek re-election into office beyond a second term than members of parliament.Realities on the grounds indicate, that most people use the assembly member position as a stepping stone for the more prestigious and 'lucrative' Member of Parliament office.

This is more serious in the rural areas where property and business rates, among others constitute infinitesimal component of the total revenue of the assemblies and are compelled to rely on Central Government transfers for most of their activities.This results in apparent non performance on the part of assembly members which indeed, is a huge source of discouragement for them.

It is not surprising therefore that the District Assemblies are worse off when it comes to paucity of experienced assembly members and also attracting professionals into their folds.

The absence of people with the relevant training, expertise and experience as assembly members has resulted in the rise of incompetent assemblies, which are incapable of subjecting proposals to the needed scrutiny, thereby creating the opportunity for some unscrupulous technocrats to manipulate the system for personal gains.

According to the records, technocrats relish working under weak General Assemblies of local Government Authorities,because it make it easier for them to have their fraudulent estimates approved by the undiscerning assembly members. It is significant to say that huge sums of money are lost at MMDAs because of this situation.

The situation also adversely functions such as fee-fixing and making of bye-laws among others.

PUBLICITY AND EDUCATION
A bane to effective local Government system in Ghana is lack of media attention and education on the activities of local government bodies.

Most media houses in Ghana begin their news broadcast for instance, from the flagstaff house and end it in Parliament House.Matters pertaining to activities of Area,Zonal and Urban Councils as well as , General Assembly deliberations,public hearings and other activities of MMDAs among several others,are hardly reported by even the media houses situate in some of the local Government areas.

The result, is a people who are largely ignorant of local Government institutions and therefore have no interest in where they can be found in the locality,what they do,what they expect from the citizens and are thus unable to participate in a system that is meant for them.

There is first and foremost the central Government Transfers which come in the forms of salaries, common fund,Urban Development Grant(UDG) and the District Development Facility(DDF)

The first problem with Central Government transfers as a revenue source for the assemblies is, that although Article 35 section 5(d) of the 1992 constitution among other things,enjoins the state to decentralize the financial machinery of the central Government,the co-ordinating and oversight roles of the National Development Planning Commission(NDPC) and the Regional Co-ordinating Councils in the adoption and implementation of projects and programmes, as exemplified by the Medium Term Development plans of the various MMDAs, makes local Government bodies in Ghana dependent on centralized institutions for the approval of budgets and subsequent disbursal of funds for their activities.

Secondly,delays in transferring District Assemblies Government Fund and such other payments to the MMDAs deprives them of funds for their activities and makes them ineffective in the discharge of their responsibilities.

District Assemblies have a bigger problem when it comes to funding.This is because apart from the aforementioned challenges with central Government transfers,they do not obtain much from internally generated funds because of low levels of commercial activities and property ownership, among others, in their respective areas of jurisdiction.

Perhaps,the huge cost in terms of money and time, among several other things, that came with the cancellation of the 2015 District level elections is call on the country to do introspection on how the local Government institution has been handled so far, and a clear indication from the Eyipeh fisherman and his erudite counsel,Hon. Alexander Afenyo-Markin,that the time has come for matters pertaining to the system to be handled with the seriousness and diligence it deserves.