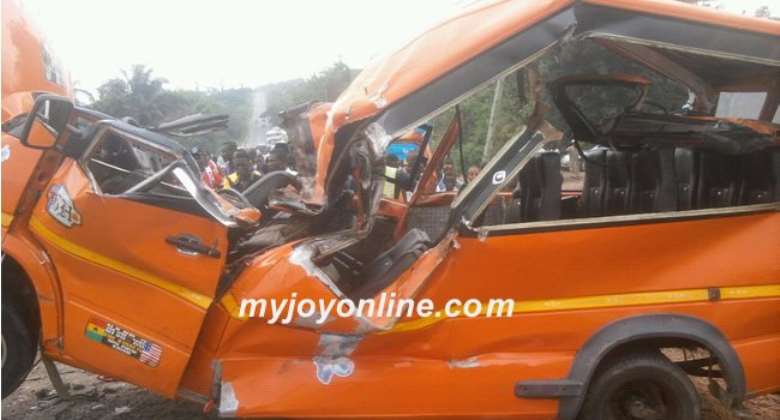 Leaders of the Seventh Day Adventist Church (SDA) are considering holding a mass burial for its members who were killed in a fatal crash at Tano Odumase on Saturday.

Eight people died whilst several others sustained injuries when the car they were travelled got involved in an accident. They were returning from an event organised by the church.

Speaking to Joy News, president of Mountain View SDA Conference, Pastor Abankwa Amoakohene said the church – with the consent of the families, would hold a mass burial service for the deceased.

Two of the victims who were injured in the accident have been discharged.

Thirteen others are still on admission at the Komfo Anokye Teaching Hospital in Kumasi.

One member of the church whose sister died in the accident said the family is deeply traumatised by the loss.

The leadership of the Meduma North Seventh Day Adventist (SDA) Church in the Ashanti Region on Sunday organised a memorial service to console the families of the eight members who died in Saturday's fatal accident.

Akuffo-Addo's reaction to calls for a reshuffle is disappoin...
1 hour ago