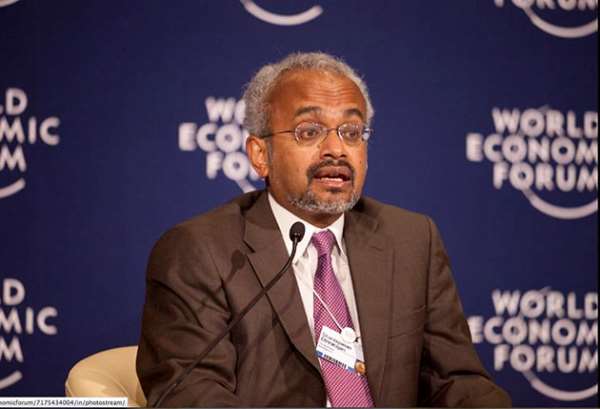 The Young Professional Economists Network (YPEN) is a non-profit and an independent organization established to coordinate and train young professional economists across the world while helping them to build a new economic paradigm which is relevant to the 21st century and beyond. The network has chapters in thirteen (13) countries across the world.

Economic Ideas Festival is to help build the next generation of innovative thinkers to fulfill the dream of a transformed Africa. The model of the EIF is structured to bring together new minds to interrogate economic growth, debate, as well as discuss how it could lead to economic transformation and reduction in poverty across Africa.

He was the director of the World Development Report 2004, Making Services Work for Poor People. Before 1991, he was on the faculty of Harvard University's John F. Kennedy School of Government. Born in Sri Lanka, Mr. Devarajan received his B.A. in mathematics from Princeton University and his Ph.D. in economics from the University of California, Berkeley. Read bio here http://blogs.worldbank.org/team/shanta-devarajan

Dr. Devarajan is expected to share the platform with other distinguished leaders globally.

EIF is a three day conference to be held in Accra, Ghana from August 5 – 7, 2015. It carries the vision to become the largest forum organized to generate new ideas to transform a rising continent.

EIF 2015 is set to attract delegates between the ages of 18 – 35 years old from over 30 countries around the world, with majority of them coming from Africa.

It seeks to provide a home for anyone who embraces critical thinking, intellectual discourse and a sensitive understanding of the greater political economy, the philosophy of science, and a variety of perspectives and means of modelling economic phenomena.