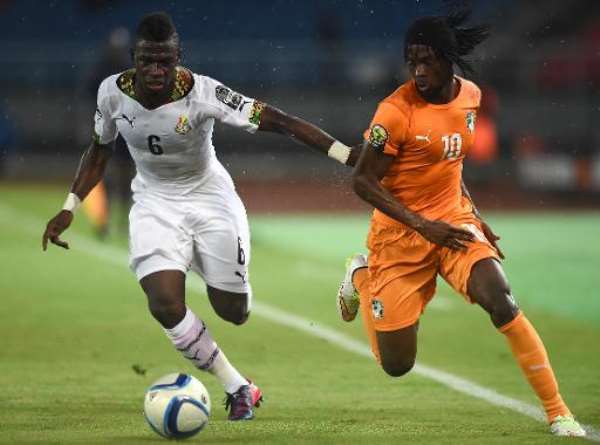 Johannesburg (AFP) - Arch-rivals Ghana and Ivory Coast were drawn together Sunday in the highlight of the 2016 African Nations Championship (CHAN) qualifying competition.

The countries clashed two months ago in the 2015 Africa Cup of Nations final won by the Ivorian Elephants on penalties after 120 goalless minutes.

But the foreign-based stars who fought for glory in Equatorial Guinea city Bata will not feature in the CHAN as the competition is restricted to home-based footballers.

Unlike the Cup of Nations, the draw is regionally based, hence the pairing of two powerhouses who would ordinarily be kept apart in an elimination competition.

Ivory Coast have yet to create an impact in the CHAN, making two first-round exits at the tournament before failing to qualify for the 2014 edition in South Africa.

Ghana were runners-up twice, losing 2-0 to the Democratic Republic of Congo in 2009 and on penalties to Libya after a goalless decider in Cape Town last year.

Other pairings include Nigeria against Burkina Faso, Tanzania and Uganda, Ethiopia against Kenya, and South Africa and Mauritius.

The CHAN is the brainchild of Confederation of African Football president Issa Hayatou, who believed a tournament was needed to offer stay-at-home stars national team exposure.

While Egypt won a record three consecutive Cup of Nations titles from 2006 with a predominantly local squad, most African countries rely heavily on footballers playing abroad.

Egypt have been notable, unexplained absentees from the three previous CHAN tournaments won by DR Congo, Tunisia and Libya.

Algeria, Cape Verde Islands and Equatorial Guinea are other top-20 ranked countries that did not enter the 2016 qualifiers for a tournament to be hosted by Rwanda.

Qualifying begins in mid-June, ends in late October, and the tournament will be staged between January 16 and February 7 in capital city Kigali, Huye and Rubavu.