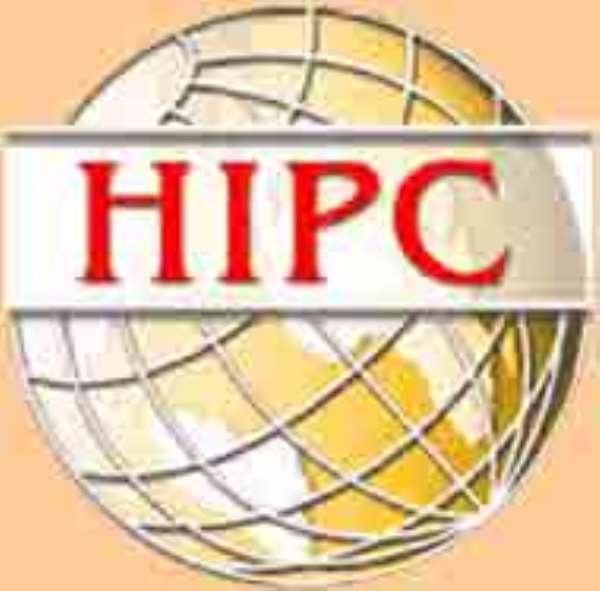 Ignorance is like a malignant cancer and like any illness it must be cured and if not treated consumes the healthy part of the body ...Dr Nsiah Asare, I hope I am right?. The NDC propagandist have succeeded in making many Ghanaians believe that NPP was entirely responsible for her being declared a HIPC country some years ago and I now see why they were strongly against NPP's free education. Only few are in the known that, it was rather the NDC that took us to HIPC but it took NPP to save her from that awkward situation. Now, with the increasing international and domestic debt portfolio and the near depletion of our international reserves partly because of the falling value of the cedis.

It appears our dear country is heading back into a HIPMIC situation as Dr Bawumia put it because HIPC won't be available this time around due to the reckless, senseless and irresponsible borrowing of Mahama's NDC government.

It would be recalled that, in 1996, the World Bank and IMF launched the HIPC initiative. Many developing countries including Ghana was identified as being in need of substantial debt relief. The object of the initiative was to reduce the debts of such countries to 'sustainable level' by cancelling debts above 100percent of GDP. The HIPC process involves countries passing through two stages. In the first stage, eligible countries must demonstrate a track record of 'good performance'.

This means they must satisfy the IMF, World Bank and Paris Club that they are undertaking adjustment measures, such as cutting government expenditure and liberalising their markets. It also involves the countries preparing a Poverty Reduction Strategy (PRSP) to show how they will use debt relief to tackle poverty, and especially how they will improve health and education. Once the IMF and World Bank are satisfied that the country is making sufficient progress, the 'decision point' is reached and the country enters the second stage. During the second stage, some interim debt relief is provided. Meanwhile the country must establish a 'sound track record' by implementing policies established at the decision point and based on the PRSP.

Fellow Ghanaians, for over four(4) years the NDC government in power then and whose recklessness and irresponsibility had led us into that pitiful and hopeless situation couldn't undertake any of these process for Ghana to benefit from these package. Largely because of their incompetence and ineptitude. In 2000, when God spoke and Ghanaians brought NPP to power, and within a period of four(4) years, the NPP under President Kufour and with the able support of Nana Akufo Addo, we went through a discipline and difficult process largely due to good governance and Ghana was saved from bankruptcy and as at 2007 Ghana had completely weaned itself from IMF and was on her own.

Few years later, the NDC is back to government and within six(6) years had borrowed in excess of 27 billion dollars, cedis equivalent of 70 billion cedis and still counting. Its debt to GDP ratio has risen to above 67 percent of GDP. Wouldn't it be embarrassing to see a middle income country like Ghana being declared an highly indebted as it is on the way of becoming? The problem here is that, this time there won't be HIPC but HIPMIC and who knows the processes and conditionalities to be followed this time around?.

The only alternative is for a change of government and replaced with a responsible one for that matter. The NPP has done it before and we can do it again. Ghana must be saved.