It's Not Easy Being a Health Minister -Afriyie Confesses 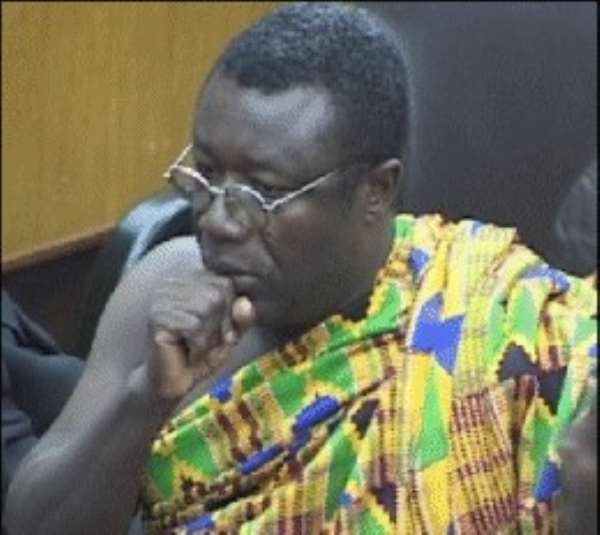 THE MINISTER of Health, Dr. Kwaku Afriyie, says to be assigned responsibility, as the overall boss of the health sector is not an easy task at all.

"Some people think that you are enjoying but it's a duty I'm offering to my country," Dr. Afriyie told the pharmacists when he formally opened this year's annual general meeting of the Pharmaceutical Society of Ghana here last Thursday.

He described professional jealousy pertaining within these associations as that of a " jungle fight," stressing that such associations only appeared unified in the face of the general public.

He continued that sometimes, the process by which some of these professional bodies handled certain issues was so provocative that one could lose one's temper.

The theme for the occasion was "Quality Pharmaceutical Care- an essential component of the national health scheme." Dr. Afriyie, however, used the occasion to ask the pharmacists to dispel the notion that the scheme was being rushed, adding that the ministry was prepared to accept any recommendations that might come out after their deliberations.

He explained further that the National Health Insurance Scheme involved everybody, such as traditional healers, religious leaders and even politicians.

The minister pointed out that Kenya, one of the east African countries, was also embarking on this kind of scheme but they were to phase the old system out within five years.

"We are using less than a year to do that but do not jump to conclusion that we are rushing. We are not," he asserted.

Explaining further, the minister maintained that while the rural folk understood the scheme better, the urban populace was being too academic, citing examples like questions that bordered on diseases, which were covered, and those which were not, under the scheme.

Health Insurance Scheme is a social protection measure, which seeks to take little upfront payments from the people to ensure against financial loss resulting from sickness. It is being introduced in the country to bring equity into healthcare delivery as against the cost recovery system instituted called " cash- and -carry."

"You just pay what you are supposed to pay and wait for what happens next. People come and ask what diseases are covered and which are not. But you and I know that one cannot tabulate all the diseases under the sun. It is on record that every insurance scheme has exclusiveness and even in America, the plug is pulled."

Dr. Afriyie reiterated that the principal aim of the scheme was to form a federation of an independent mutual health scheme to ensure better health care delivery for Ghanaians.

The minister, therefore, appealed to the pharmacists to educate Ghanaians on the importance of the scheme so as to enable them embrace it.

In a speech read on his behalf, President John Agyekum Kufuor said information available to him indicated that many Ghanaians refrained from seeking orthodox medical services immediately after the implementation of the cash-and-carry system.

Mr. Kufuor said the introduction of the health insurance scheme was in fulfillment of his government's promise to Ghanaians during the 2000 elections that it would scrap the old system.

Frank Amoako Boateng, President of the Pharmaceutical Society of Ghana, disclosed that about 70% of all healthcare bills were drug related and experience had showed that failures in the implementation of any health insurance scheme had been caused, by and large, by the inability of the operators to manage the drug component of the scheme.

In view of that, Amoako Boateng said the association was committed to offer all pharmaceutical expertise to the government and the general public for the realization of the scheme.

We're going to establish a guinea fowl processing factory he...
46 minutes ago