Election of President-Elect Mohammadu Buhari Could Be a Turning Point 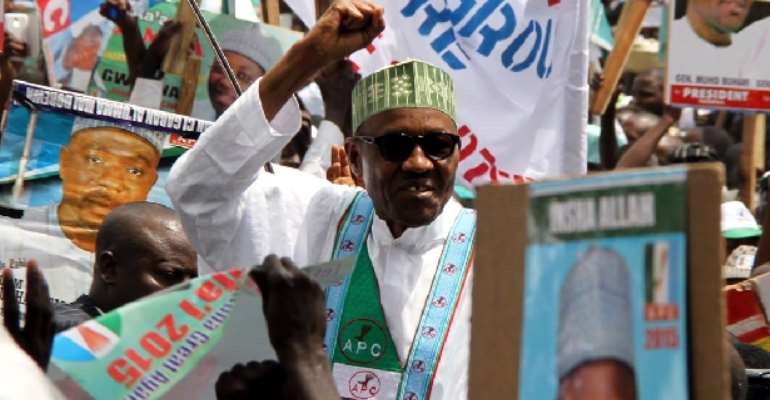 Although the President-elect clearly ran a good, strong race as well as an issue-based campaign, the critical focus of President Muhammadu Buhari must be facing the daunting task of realising our collective aspirations, through ethical values, of a safe, prosperous and united nation marked by transparency, accountability and inclusiveness. Nigerians do not wish to see the slogans and promises of the election campaign periods as a mere snapshot of what can be, but as a dynamic process of evolving attitudes and trends in our entire political establishment that will transform our current challenges into major and feasible gains in this highly competitive and merit-based world.

Also, the new President and his team must immediately take extremely critical steps to combat corruption wholeheartedly, work to defeat Boko Haram and return/reintegrate kidnapped and displaced persons to their communities where they will feel safe and secured. It is our sincere hope that this election will be a harbinger of the end of these deadly afflictions and meeting needs for peace-building, dignity, prosperity, freedom and human rights for all Nigerians.

On the occasion of this important milestone in the history of Nigeria, MPAC reminds those who Allah has allowed to be elected as public officials at various levels to remember their electoral promises before God to which they will be held accountable in this world and hereafter. Also, we remind them of the rights and responsibilities of an elected official through the immortalised and wise words of Caliph Abu Bakr (RA), the first successor to the Prophet Muhammad, in his inaugural speech:

"I have been given the authority over you, and I am not the best of you. If I do well, help me; and if I do wrong, set me right. Sincere regard for truth is loyalty and disregard for truth is treachery. The weak amongst you shall be strong with me until I have secured his rights, if God will; and the strong amongst you shall be weak with me until I have wrestled from him the rights of others, if God will. Obey me so long as I obey God and His Messenger (Muhammad, PBUH). But if I disobey God and His Messenger, you owe me no obedience. Arise for your prayer, God have mercy upon you."

MPAC prays for a peaceful post-election period, and we heartily congratulate president-elect Muhammadu Buhari and Professor Oluyemi Osinbajo for a hard won and well deserved victory. We also wish to let them know that the work towards building a greater Nigeria starts now. MPAC also congratulates the security agencies and all Nigerians who conducted themselves peacefully and made their voices heard in the electoral process to seek ethical leaders through democratic means. We pray for a future of peace, love and justice to prevail in our country, for God to heal hearts and minds, and to shower prosperity on people that have endured untold and prolonged suffering and afflictions, amin.