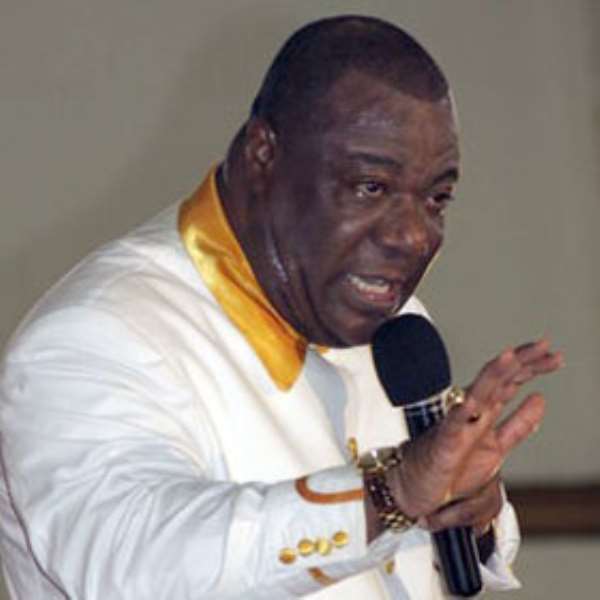 Bishop James Nana Ofori Atta, head of the Northern zone of the Christian Action Faith International, has been appointed the international Missions Director of the church.

Rev. Ofori Atta until his latest appointment was directly in-charge of the Ashanti, Brong Ahafo, and the northern regions.

He is expected to relocate to Canada where his new office is based.

Bishop Ofori Attah became the head of the northern zone of the church in March 2009.

His achievements include the establishment of the new regional headquarters of the church based at Abrepo Asubonteng, a suburb of Kumasi and many other branches.

“I took over the church at a time it could only boast of a single branch located at Bantama in Kumasi Ashanti regional capital.

“Now it has twenty-four branches and still counting through prayer and support from my church leaders and members,” he told the media in a touching speech Sunday.

The new branches are located in areas such as Bantama, golden tulip, Santasi, KNUST campus among others.

In a farewell speech, he called on members of the church to continue to pray for him and his family as he takes on the new assignment for the church.

“I trust your prayers and support did a lot of magic for the work of God; I hope you never forget me in Jesus name".