Nigeria Boils: "INEC Boss Is Tribalistic, Partial, Compromised; We Will Not Accept Results" 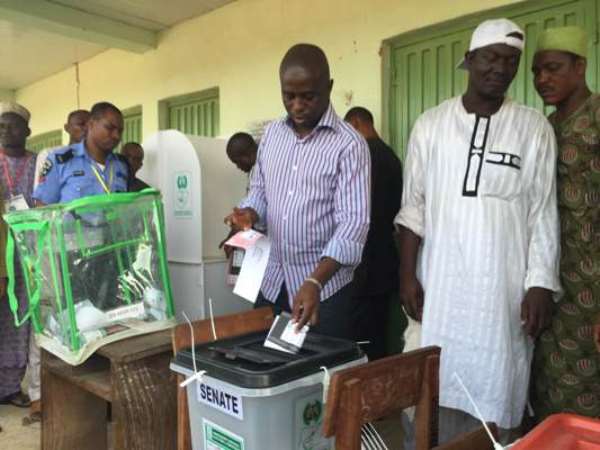 The incumbent party in Nigeria, PDP has said it will not accept the results of the recently held elections. Its agent at the collation centre Tuesday morning launched an acerbic attack on the head of the country's Independent National Electoral Commission (INEC), Attahiru Jega, accusing him of bias.

According to the PDP agent, who is a former Minister of the Federal Republic of Nigeria, Mr Jega gave audience to a protest raised by the APC as far as results in Rivers state were concerned, but has swept similar protests raised by the PDP in four states under the carpet.

“Mr Chairman APC protested to you and you sent a delegation to Rivers state to see what is happening there...

“Mr Chairman we are beginning to see that you are very very selective. You are getting very very partial.

“Mr Chairman we have lost confidence in what you are doing. If we can send a protest to you and you cannot take up that protest then why are we here because the essence of we sending any protest to you is to enable you to look into the matter and see whether it has merits or demerits.

“But when the APC brought their own you went all out to send a delegation…We have complained about Kano, Katsina, Jigawa, Kaduna; you have not done anything. Mr. Chairman we are not going to take that. We have lost confidence in you because you are partial, you are selective Mr Chairman.

“We don't believe in you anymore, and we cannot go on the way you are going. You are compromised and we will not take it from you. Until something is done to our letters, until you do something the way you did with APC we will not continue with you.

The collation has come to a standstill as a result of the angry outburst and protest by the PDP.

The BBC reports that partial results give ex-military ruler Muhammadu Buhari a substantial lead over the incumbent, President Goodluck Jonathan.

However, populous states such as Lagos and Rivers are yet to declare. With just over half of Nigeria's states declared, Gen Buhari's All Progressives Congress (APC) is ahead by some two million votes.

A victory for Gen Buhari would make President Jonathan the first incumbent in Nigeria to lose an election.

More results are due to be announced today. Nigeria's election commission (INEC) suspended its declarations late on Monday night, after giving the results for 18 states and the capital Abuja.