Indian Parliamentarian Doubts If Tobacco Kills! Do Not Reinvent The Wheel 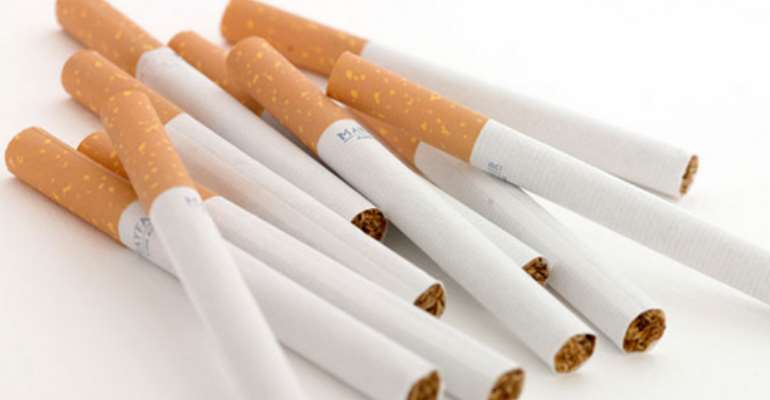 Indian parliamentarian who is chairing the committee which told the government not to implement stronger pictorial graphic health warnings on tobacco packs (and raise the warning size from 40% to 85%) from 1st April 2015, casted doubts whether tobacco causes cancer. India is at risk of reversing the gains made in saving lives from tobacco! He is the same parliamentarian who had raised similar questions in the parliament in 2011 and Ministry of Health and Family Welfare of the Government of India had given him detailed response underlining the alarming magnitude of the tobacco pandemic in the country.

Dilip Kumar Mansukh Gandhi, a Member of Parliament from Maharashtra of Bhartiya Janta Party (BJP) is also the chairman of parliamentary committee on subordinate legislation which is examining the provisions of Cigarettes and Other Tobacco Products Act, 2003. This committee had recommended to the government to delay implementation of more effective pictorial health warnings on tobacco packs from 1st April 2015.

PEOPLE BEFORE PROFIT OR PROFIT BEFORE PEOPLE?
Should parliamentarians uphold the interests of the tobacco industry and its allies, or be vanguards of people's interests and take into cognizance plethora of credible evidence that is already with the government on how deadly tobacco is. Indian Council of Medical Research (ICMR) and Department of Health Research (DHR) of the Government of India have enough scientifically-robust evidence and data to (again) convince Dilip Gandhi. He was earlier presented (in August 2011) with reliable data and evidence on tobacco related health hazards by the Ministry of Health and Family Welfare, in response to the questions raised by him then in the parliament. But always good to remain updated Mr Parliamentarian!

TOBACCO KILLS! DO NOT BE DUPED!
There is no dearth of evidence that tobacco kills - and as Gandhi has been told by the Ministry of Health in 2011 too - the evidence comes from India.

"Tobacco use is one of the common risk factors for non-communicable diseases (NCDs) such as cardiovascular diseases (CVDs) - heart disease and stroke are major killers in India too. Indian data shows that the average age of a heart patient in India has come down to 52 years. In developed countries such as US, the average age is much higher in the seventies. Clearly, Indians get hit earlier with the heart disease" said Professor (Dr) Rishi Sethi, Department of Cardiology, King George's Medical University (KGMU). Professor Sethi had compiled intervention cardiology data in 2013 according to which there was a 30% increase in number of lifesaving angioplasty procedures and pacemaker implantations in UP compared to the data of the previous year.

"Despite conclusive evidence, relatively few tobacco users understand the full extent of their health risk. According to the WHO and Indian studies show that too, graphic warnings on tobacco packaging deter tobacco use. Particularly in countries like India, where literacy rates are alarmingly low, it is vital to implement the pictorial warnings on tobacco products stringently without delay" said Professor (Dr) Rama Kant, WHO Director-General's Awardee who had first established a Tobacco Cessation Clinic at KGMU in late 1990s."According to Indian studies and estimates, over 10 lakh deaths are attributed to tobacco use every year, out of which about a lakh deaths are due to passive smoking. Each of tobacco-related disease and death is preventable. Tobacco pandemic is a manmade disaster and we need to end the game of tobacco and protect public health" said Professor (Dr) Rama Kant.

Even the revenue argument is flawed that tobacco gives needed money to the government. In reality if we look at the evidence from within the country (studies done by Indian Council of Medical Research - ICMR - and Ministry of Health and Family Welfare, WHO and Public Health Foundation of India - PHFI), it is clear that the revenue earned from tobacco is LESS than the money spent on treating and managing tobacco-related health hazards, even partly. Anther study estimates that "the total economic costs attributable to tobacco use from all diseases in India in the year 2011 amounted to a staggering INR 1,04,500 crore - 12 per cent more than the combined state and central government expenditure on health care in the same year."

Narendra Modi led BJP government is all set to give another major setback to public health by postponing implementation of graphic pictorial health warnings on 85% of all tobacco packs from 1st April 2015. Earlier the central government had cut health budget by over INR 6000 crores, and very recently news came in that they are unlikely to keep Modi's poll promise of 'universal health coverage' for all citizens.

TOBACCO INDUSTRY LIES, BUT NOW EVEN THE PARLIAMENTARIANS DOUBT?

There are ample examples where tobacco industry has denied or casted a doubt on mountain of strong evidence linking tobacco to life-threatening diseases, disabilities and deaths globally (including India). In the past tobacco industry executives of seven American tobacco companies lied in the US Congress in 1994 stating that nicotine is not addictive and smoking does not cause lung cancer. But Indian parliamentarians casting a doubt on deadliness of tobacco comes as a surprise, and points towards the possibility of alarming levels of tobacco industry interference in public health policy making in India.

According to a news published in The Indian Express, 26 March 2015: Dilip Gandhi wanted to “set up a medical board to examine the health effects of tobacco on an Indian population before mandating that pictorial warnings cover 85 per cent of tobacco-product packages. Whether at all [tobacco] actually causes cancer or other diseases is subject to a study in the country… the basis of our stance towards tobacco products are basically studies that have happened in a foreign setting.”

According to another news published in Deccan Herald (19 March 2015), “The panel said it received representations from seven Parliament members and stakeholders like All India Bidi Industry Federation and Karnataka Virginia Tobacco Growers Association expressing apprehension on the new rule.” India had signed and ratified the global tobacco treaty (formally referred to as the WHO Framework Convention on Tobacco Control – FCTC). Article 5.3 of the FCTC is based upon the principle that there is a direct and irreconcilable conflict of interest between tobacco industry and public health policy. Countries that are party to the global tobacco treaty are obligated to limit interaction with industry to only when essential, such as for regulatory purposes. Also whenever such interaction takes place between the government and the industry or its allies (such as tobacco growers' associations) then minutes must be documented and made public. We have filed an application under Right To Information (RTI) Act 2005 seeking those minutes as we were unable to find these online. Even the WHO has identified tobacco industry interference as one of the biggest obstacles in saving lives from tobacco pandemic.

WILL WE REINVENT THE WHEEL?
We have few options in front of us on this crossroad! Are we going to reinvent the wheel? Or are we going to use existing plethora of evidence within the country on a wide range of tobacco-related diseases and disabilities; stop tobacco industry from watering down or delaying implementation of tobacco control policies; and move towards eliminating tobacco deaths at the earliest?

Bobby Ramakant, Citizen News Service - CNS
(The author serves as the Health Editor of Citizen News Service (CNS), is a WHO Director-General's WNTD Awardee and Network for Accountability of Tobacco Transnationals (NATT) leader from India. Follow him on Twitter: @bobbyramakant)