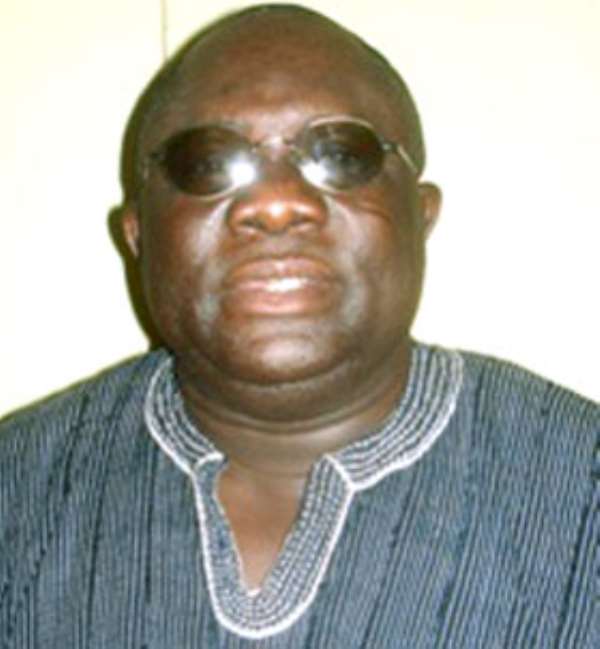 Activists of the National Democratic Congress (NDC) in the Ejisu-Juaben Municipality of the Ashanti Region have called on President John Mahama to sack the Municipal Chief executive (MCE), Afrifa Yamoa Ponko.

The ruling party faithful, made up of branch executives in the ejisu Constituency, claimed they had become the punching bags of the stoutly-built MCE 'who has no respect for NDC activists in the area.'

At a demonstration to vent their anger over the alleged behaviour of Mr. Yamoa Ponko at Ejisu last week, the NDC members, who were holding several placards calling for his dismissal, accused the MCE of having become power drunk and boisterous, kicking and slapping people at will.

Some of the placards, with the inscriptions: 'Yamoa Ponko Is a Disgrace to NDC,' 'Papa Boxer Go Away,' and 'With Yamoa Ponko No One Million Votes' among others, added colour to the protest march, which was carried out by a sizable crowd of party members and supporters.

Led by the Boankra branch chairman of the party, Kofi Akosa Adumata, the NDC activists said they wanted the president to dismiss the Ejisu/Juaben MCE from office because of his unruly behaviour, having failed to heed to wise counsel.

'All that he knows is causing destruction to properties of party activists in an attempt to deprive them of their livelihood for the four years that he has been in office as the Ejisu/Juaben MCE,' the 60-year-old NDC branch chairman alleged.

He cited the destruction of a gas filling station owned by a known NDC man whose name he only gave as Sheik, and a cold story belonging to one Antwi, who was also identified as a party man.

'He has never paid a working visit to any branch of the party, and he also failed to pay GHC1,400 of electricity bill owed to the ECG by the party office in the constituency,' Mr Adumata revealed.

The NDC activists said they were giving President Mahama up to April 15, 2015 to sack Yamoa Ponko or they would go ahead to strip him (Ponko) naked to the opposition parties in the run-up to the 2016 general elections.