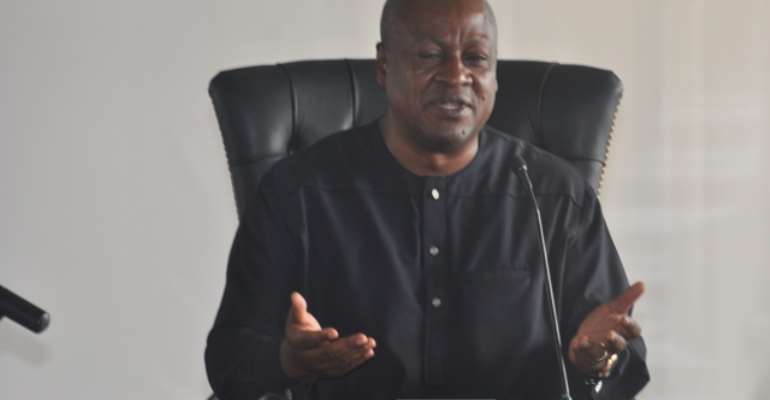 Takoradi, March 29, GNA - President John Dramani Mahama has stated that the government's regional road upgrading programme is on course to facilitate mobility in the regions.

Under the programme, he said the government of Ghana was sponsoring the upgrading of roads in the regional capitals, after which the programme would be extended to the m    municipalities and districts.

President Mahama announced this when he inspected some major roads in the Western Region as part of his two-day working visit to the Region.

He inspected the Sekondi-Takoradi city roads, the Takoradi-Essiama-Elubo road projects and the rehabilitation of some feeder roads in the East Nzema communities.

He said roads were an important ingredient in the socio-economic development of every country, and that his administration would continue to invest massively in that sector to link up rural areas to urban centres.

President Mahama who also inspected the expansion works at the Takoradi Port, commended the workers for being on schedule and urged them to work harder to complete the project to ease congestion in the Tema port.

He said completing the port project alone would not yield effective results, if there were no railways to service them, and indicated that his administration would revive the railway industry to help in the evacuation of goods at the ports.

"Currently, the delays and congestion that we experience at the Tema port could be reduced if we complete this project...but that will be done well if our railway system is working."

President Mahama appealed to the youth in the Western Region to take advantage of the projects to acquire skills that would earn them decent jobs.

Dr Richard Anamoo, Managing Director of the Ghana Ports and Harbours Authority who conducted the President round the project site at the port gave the assurance that the completion of the project will facilitate the movement of goods and services for   Ghana and her neighbours. GNA