By Myjoyonline.com | Posted by EA 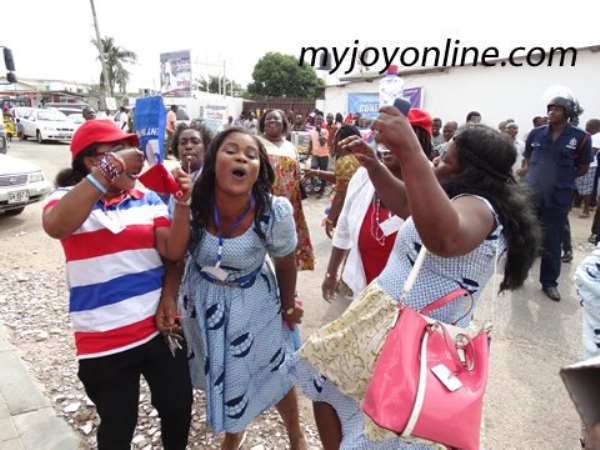 A more superior body, the New Patriotic Party (NPP)'s National Council, is set to review some controversial pro-minority decisions of the National Executive Committee that have sparked internal party outrage.

“The party has called for the National Council meeting on Monday, I am very sure that, that matter will come up," Deputy Minority leader Dominic Nitiwul said on Joy FM and Multi TV's Saturday News analysis programme, Newsfile.

The Monday meeting over the two controversial policies is likely to reverse the policies to reserve some electoral competitions for some women and Ga indigenes.

Deputy Minority leader Dominic Ntiwul who backs the policies,  said that the affirmative action policy is to demonstrate that “NPP cares about women”.

He said it is also a “campaign strategy” the party could sell in the 2016 general elections.

Deputy Minority leader Dominic Ntiwul
He wondered what could be wrong if the party allowed only Gas to contest in some constituencies because “almost consistently” Ga candidates have been winning parliamentary primaries to contest the general parliamentary elections.

“Maybe this year the mistake was that the NPP came out publicly but that was stating the obvious because the obvious is that the NPP has been selecting Ga candidates whether by coincidence or design”, he explained.

Explaining the way forward, Dominic Ntiwul stated that “for now, this is the NEC decision of the party.….if the party so wishes, the party will come out, you can trust NPP for that”.

The deputy Minority leader also bemoaned the tendency of NPP supporters to openly dramatise their displeasure against decisions taken by the hierarchy of the party; a tendency he observed was rare with their main rival, the National Democratic Congress (NDC).

The National Executive Committee (NEC) came under pressure to reverse the decision after an all-out opposition to the policies was fully played out in the media.

On the ground, party supporters from the Central Region thronged the residence of the 2016 NPP flagbearer, Nana Akufo-Addo while another group from the Eastern region defied rains to travel to the NPP headquarters in Accra.

One group is kicking against reserving 16 seats held by female MPs to only feminine completion when parliamentary primaries open on March 30 th .

Another siege by the group at the party headquarters was also to resist reserving some 12 constituencies along the coast for indigenes there, Gas.

To assuage the backlash, the Party has come out publicly to clarify that these policies will not be binding but will only have a persuasive force.

Nonetheless, the National Executive Committee's decision will be subject to the decision of a more superior, National Council.