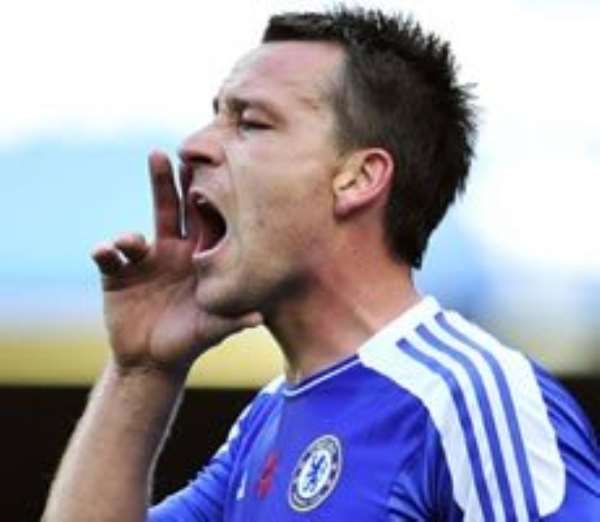 Chelsea captain John Terry has extended his contract until the end of the 2015/16 campaign.

The 34-year-old's existing deal was set to expire at the end of this season, with his new contract in line with Chelsea's policy of offering players over the age of 30 only one-year deals.

Terry has been in outstanding form this season as Chelsea have established a six-point lead in the Premier League and clinched the League Cup.

“This new contract is not to say 'thank you very much'; it is because John continues to perform,” Chelsea manager Jose Mourinho told the club's official website. “He is a top defender. I am happy that he completely deserves this new contract after a season where he has already played 40 matches.”

The Portuguese boss had previously stated his intention to keep Terry on for another season after the League Cup triumph in March. Terry added: “I'm delighted to have signed an extension to my contract with Chelsea. “After adding another major trophy to my collection this month I hope myself, the players and manager can continue to bring success to our club. “Playing for this great club makes me so proud. And as always I would like to thank the fans who have continually supported me.”

Terry joined Chelsea as a schoolboy in 1995 and has made 661 appearances, the third highest for the Londoners behind Ron Harris (795) and Peter Bonetti (729).

Not only has he been an imposing presence at the back, he has also been a constant threat at set pieces in opposition penalty areas.

One-club-man Terry has a remarkable goal record for a defender, having netted 63 times for Chelsea.

JOY SPORTS OPINION
Whatever your opinion of John Terry the man, you can't deny that John Terry the player is worthy of another year at Stamford Bridge.

The Chelsea defence - particularly since the return of Mourinho - looks far more stable with the former England captain as its leader.

Given he has never possessed lightning pace, instead relying on positional awareness and an expert reading of the game, it would not be hugely surprising if we're talking about another contract renewal this time next season. He continues to chip in a healthy amount of goals and is almost certain to lift more trophies as captain.

His focus can now fully shift to helping Chelsea win the Premier League before having another crack of winning the Champions League in 2015/16 - hopefully avoiding suspension to take part in the final next time around.