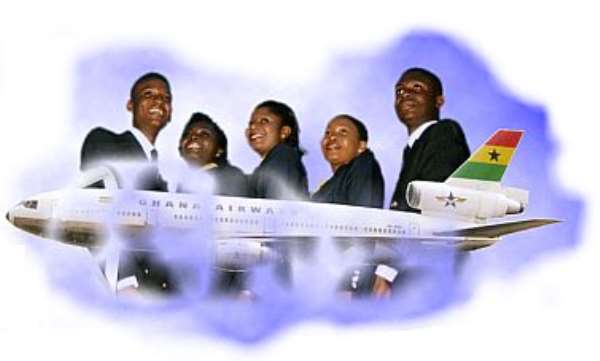 According to him, “we are trapped in here in London and no one seems to care about us. We have run out of money and all our phone call to those who should come to our rescue go to voice mails”.

He explained that due to all these preventable mishaps facing the national airline, a trip that should have taken them only a few days has turned into an uncertain Robinson Crusoe Adventure.

It was most embarrassing indeed and coming not even a month after the refusal of the US aviation authorities to allow a Ghana Airways aircraft to operate in the US means that the airline is now beyond redemption.

Obviously, the initial dream of having a national airline was well intended but right now, that dream has turned into a nightmare.

Again, evaluation of competing bids for a strategic partner was made months ago and a strategic investor has been found but what ADM understands is that it is being tossed from the Ministry of Roads and Transport, to the Cabinet and back.

The reason is that no one seems to wants to bell the cat and be accused of giving away the “national airline”. to “foreigners”.

Though, a MOU has been signed, it is going to be very difficult to interest people in this airline if Ghana does not speed up things to clinch the deal already in hand.

Ghana has only a few weeks or even days to finalise the MOU because after next month, election politics would over shadow everything else and Ghana Airways would be put on hold again into 2005.

The indecision must stop now and the marooned Ghana airways staff must also be sent home as soon as possible, the paper added.