By Myjoyonline.com | posted by MD 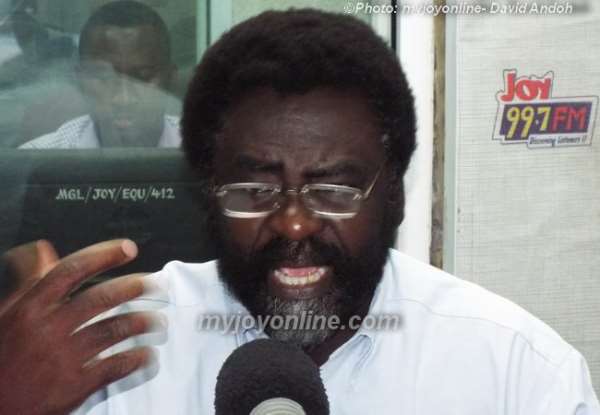 Ghana could have gone farther than it has if Dr Kwame Nkrumah had been surrounded by compatriots. This  the argument made by the head of the Political Science Department at the Kwame Nkrumah University of Science and Technology during a debate which centred on Ghana's independence.

Speaking for the motion that Ghana's independence has lost its meaning, Dr Amoako Baah, questioned “What happened [to Ghana]?”, and how with such a promising future, the country could find itself in its current predicament.

He was pitted against Professor Agyemang Badu Akosa, a member of the Convention People's Party (CPP).

Unlike the United States, Dr Baah said, where all the leaders were there at the same time and had a unanimous decision for Washington to be President, with a clear line of succession, Ghana did not have this privilege.

In his arguments, which he explained were not necessarily his true views, Dr Amoako Baah stated that Ghana while the USA had a critical mass of leaders present, ready to challenge and correct each other, Nkrumah pushed away the very people who should have ruled with him.

Ghana therefore did not have a chance to gather its critical mass of exceptional leadership.

Nkrumah's eventual alienation of Ghana's “critical mass”, who would have helped him rule, provided key elements of the formula for the country's failure.

Nkrumah was able to galvanise the ordinary people and obtained Ghana's much-coveted independence but what did the ordinary person know about governance?

This, he said, is why we had someone like Krobo Edusei become minister although he was practically uneducated.

Right from the moment Ghana gained its independence, it began to lose its meaning.

With his insistence that he was “president for life” and the institution of a one-party state, as well as the institution of the Prevention Detention Act (PDA), Ghanaians had no choice but to fight the very man who had galvanised the ordinary citizen, Dr Amoako Baah posited.

“Who was going to rule with him? One man does not run a country. He did his best but that is the foundation of our demise to this day. We were divided, we are still divided. We were divided then”.

Professor Badu Akosa on the other placed Ghana's woes squarely at the feet of the country's elite. Our troubles began after Nkrumah's overthrow, he said,  when tea drinking elites who failed to relate to the ordinary Ghanaian decided to work against the government.

Before then, he argued, Ghana had been on a fast track to development.

[NB: the views expressed by were for the purposes of the debate and may not be a true reflection of the debaters' views]