Can Fisheries Survive The Oil Scare? 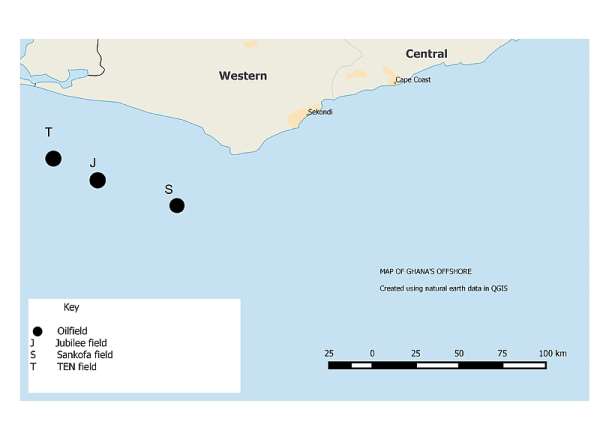 Ghana would have to implement some drastic measures to salvage its fishing industry from virtual collapse in the next few years, The New Crusading Guide has observed.

Following the discovery of offshore oil in commercial quantities, the future of the country's already ill-looking fishing industry has been threatened.

The 500 meters radius from the Floating Production Storage and Offloading (FPSO) Kwame Nkrumah vessel, which had been earmarked as a non-fishing zone in accordance with international best practice, coupled with the speed at which the country's offshore oil industry is growing, could have serious repercussion for the fishing industry.

Although the said 500 meters radius non-fishing zone from the FPSO seems to be a very limited restricted zone, The New Crusading Guide has gathered that lights used on the FPSO have very high intensity with radiant spanning a distance not less than 10 kilometers.

Being naturally attracted to light, fishes within 10 kilometers from the FPSO could therefore be attracted into the restricted zone thereby, reducing the availability of fish for expedition in fishing areas for fishermen.

The situation is predicted to be worse in the next few years because the Tweneboa-Enyira-Ntommme (TEN) oil field which would commence production in 2016 and the Sankofa oil field also expected to come on stream in the next three to five years, would have the same 500 meters radius restricted zone and lights with high intensity on their FPSOs.

Indeed, so far Ghana has made 23 offshore oil discoveries according to the Ministry of Petroleum and the 500 meters radius zone is expected to be replicated in each of the discoveries when production commence in those fields.

This development would flood Ghana's offshore with several FPSOs and restricted zones in the next decade.

For now, although there is no clear statistical evidence to categorically attribute the country's declining fish stock to the offshore oil production, the future of the fishing industry obviously looks bleak with the emerging oil sector.

The diagram below is an extracted data from the Natural Earth Data Source which had been modified using the data tool, QGIS, to give a pictorial view of the projected effect of the offshore oil production on fishing in the next five years.

The shaded region labeled 'J' covers the area of the FPSO Kwame Nkrumah at the Jubilee Field, the 500 meters demarcation around it and the 10 kilometer light visibility distance.

The regions labeled 'S' and 'T' also give the covered zones of the FPSOs, restricted areas and lights visibility distance of the yet-to-be started Sankofa and TEN oil fields respectively.

Meanwhile, Ghana's fish demand stands around 800,000 metric tons per annum according to the Fisheries Commission (FC) but the country is meeting about only half of this demand and had been relying on imports to cover the deficit.

According to the FC, the country's fish stock had been declining at an average of 10 to 12 per cent per annum over the last 12 years.

Records at the Ministry of Food and Agriculture indicate that fish constitute about 60 per cent of the country's animal protein.

Some advocates of coastal resources preservation are therefore calling for the implementation of urgent and drastic measures to rescue the fisheries sector especially from the emerging threat of the oil and gas sector.

In an interview with The New Crusading Guide, Solomon Kusi Ampofo, Programmes Officer in-charge of the Extractive Sector at Friends of the Nation (FoN), a Takoradi-based Non-governmental Organization (NGO), said it was about time Ghana developed a marine spatial plan.

He said the marine spatial plan would ensure the proper utilization and preservation of the country's marine resources.

To complement this, he said, there would also be the need to identify and demarcate marine reserves.

The FC, marine police and other fisheries enforcement agencies, he said, should also be up to task in enforcing fisheries regulations, adding that, that would help address issues of illegal fishing practices and over fishing. 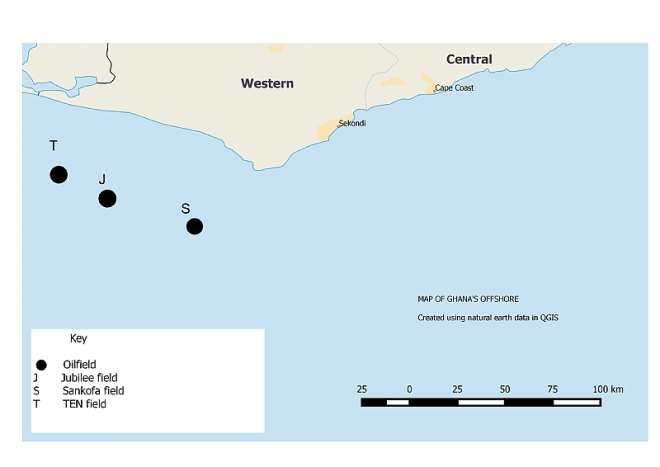