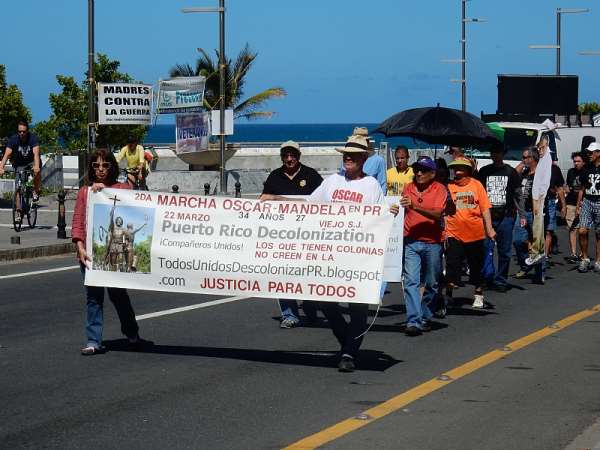 Chanting this, a group of protesters marched yesterday though the streets of Old San Juan under a hot sun for the release of our Puerto Rican political prisoner Oscar López Rivera and Puerto Rico decolonization.

The Steering Committee of United Partners for Puerto Rico Decolonization called for the 2nd Oscar – Mandela March in Puerto Rico on the very day that the abolition of slavery is celebrated. We marched from the Capitol Building to the United Sates Courthouse in Puerto Rico.

The following is what José M López Sierra, one of the organizers of this event, said:

Thank you for your presence at the 2nd Oscar – Mandela March in Puerto Rico 2015.

Our grassroots march will be done annually on the Abolition of Slavery Day until we get the tsunami of people necessary to make the United States government release our Puerto Rican political prisoner Oscar López Rivera and decolonize Puerto Rico. We will also do another annual march in New York City on the very day that the United Nations holds its hearing to discuss Puerto Rico decolonization.

There is no reason why a Puerto Rican should fight with another Puerto Rican. Puerto Rico is a colony because the United States government wants it so. That is why Oscar has been in prison for 34 years for his struggle to decolonize Puerto Rico.

This brutal exploitation inhibits us from being able to provide opportunity for Puerto Ricans in Puerto Rico. The result is, what everybody already knows, that there are more Puerto Ricans living away from Puerto than in.

The United States government maintains Oscar in prison despite an almost global outcry for his release. Isn't a real democracy supposed to listen to its citizens?

Similarly, the United States government, in its historical quest to control everything for itself, is trying to destroy the revolutionary government of Venezuela. United Partners for Puerto Rico Decolonization declares today its total solidarity with our sister republic of Venezuela.

Oscar López Rivera is our Nelson Mandela! This struggle is for who has the strongest will. We need to unite forces to succeed. And remember, those who maintain colonies don't believe in justice for all! 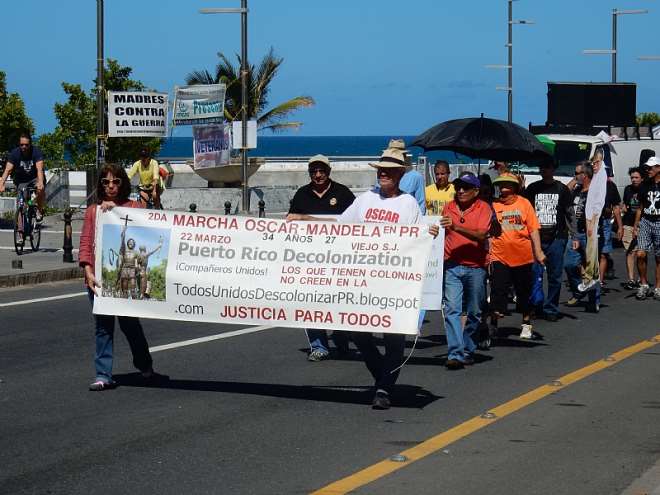 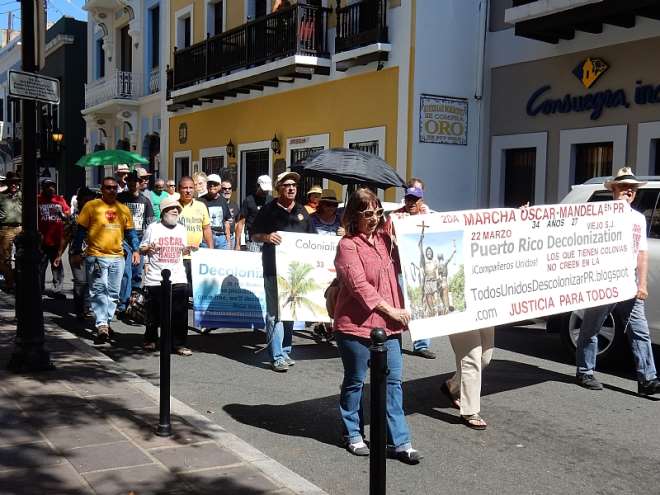 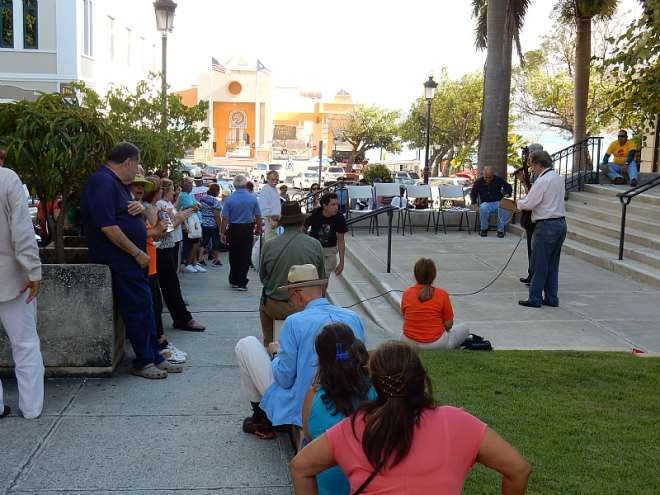