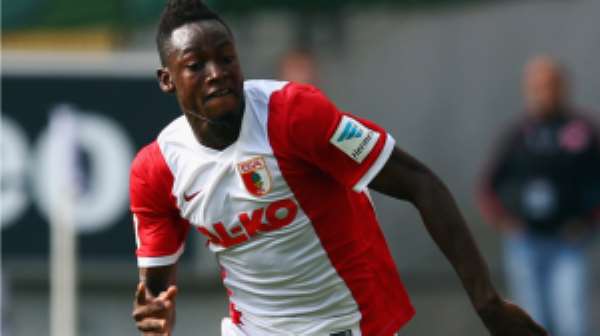 German side Augsburg have confirmed Baba Rahman is out for weeks after the Ghana defender broke his big toe in a league match last Saturday.

The 20-year-old enterprising left back damaged the ligaments in a big toe during the game against SC Freiburg.

A definite time frame has not been set for his return, but he is expected to be out of action for a number of weeks.

Rahman and has subsequently been forced to pull out of Ghana's upcoming friendlies against Senegal and Mali in France.