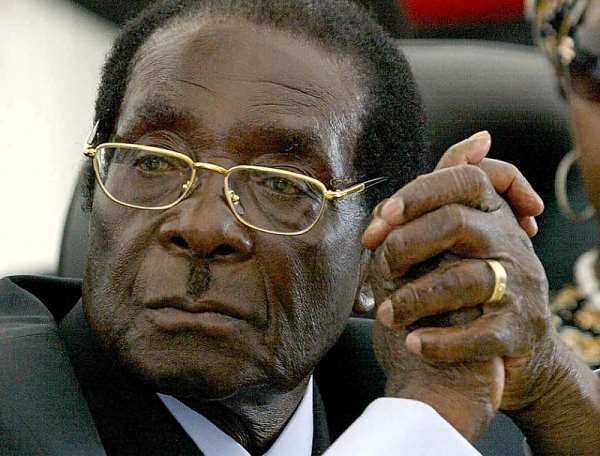 As some African States are preparing to hold presidential elections in their respective countries, Nigeria and Uganda are not an exception.Uganda in particular has been with not less than nine presidents since Independence from the British their colonial masters.

Elections have been held in this East African nation since 1980 to date. However; the outcomes have always been received with mixed reactions from the onlookers the world over, many describing the results as being free and fair and others arguing that they were flawed.

On the other hand the most populace African state of Nigeria, has a history not that different from Uganda's, among others having been ruled by the same colonial masters the British, numerous coups, being ruled by heartless rulers, the list is endless.

Before the scramble and partition of the African continent by the white man, Africans had their own political set ups, they lived in peace and harmony, and that was their kind of democracy.

With the white man came the imported Democracy from the west, which Africans had to adapt to willingly or other wise.

Africans could not easily adjust to the western kind of political set up and many lost their lives and property and this has been continuous up to present day.

Leaders became despotic worse than their fore fathers and they became absolute in each and every thing, they became gods, intimidating and eliminating whoever challenged their dubious acts.

Africans miss understood who the true leaders are and what their qualities were.

But to what extent can some one justify the fact that a true leader must have some if not all the mentioned qualities above.

Let us copy a leaf from the Quran as a reference to this contentious discussion.

When God sent Moses to Pharaoh of Egypt to caution him on the mischief he was carrying out on his people, he asked God to allow him to be accompanied by his brother Aron or Harouna as referred to in the holy Quran on this task (Quran 28:34).

Harouna was eloquent and God accepted Mosses' request. Allah says in the Quran 'you have been granted your request oh Mosses'. (Quran 20:36)

Much as the eloquent Aaron travelled with Moses to comfort him while facing the murderer of Egypt, the full responsibility was given to the later.

We derive a lesson here that, being eloquent is not a sign of being a great leader as many perceive it.

In one tradition of the Holy prophet he said 'indeed from a nice talk some one can be bewitched'. Bewitched in a sense that you can be convinced by an orator and drive you a way from your position or stand on certain matter even if you are right.

You hear many people praising others of being orators 'Gundi amanyi okwogera tumuwe akalulu'. Literally meaning that, so and so knows how to talk, let us vote for him or her as our leader.

Others especially here in Africa are elected depending on their education back ground, which is not the case with the developed world that we always claim to emulate.

Having degrees and degrees or being an eloquent person doesn't make you a potential and just leader of people.

. Africa has had leaders with utmost credentials attainable but their actions did not justify their academic qualifications

Europe and the west had great leaders who did not have doctorates, but their contribution to humanity will never be forgotten.

How many degrees did British Premier John Major have, what about the United states, do the nationals choose their leaders basing on degrees or speeches, not exactly that, but other factors are greatly considered like character.

It is from such a back ground that one can argue and say that, the problem of Africa is not lack of eloquent speakers; and degree holders, the continent has many of them.

Africa lacks able people with leadership qualities, if such leaders are also gifted with great speeches and are highly educated, that could be an added advantage.

In conclusion therefore, one can say that, African people need to be reminded of the great speeches they have heard from their present and past leaders since independence, to justify that what they yearn for today are not eloquent people with no leadership qualities.

A great leader is not measured on how good s/he is in talking, but also other factors have to be considered, a corrupt but eloquent leader will always have far negative effects on the society at large.

About the writer: Abubakar Sematimba is the Founder of Blessedly-Ugandan, a foundation that promotes home made products and services.

The author has 49 publications published on Modern Ghana.