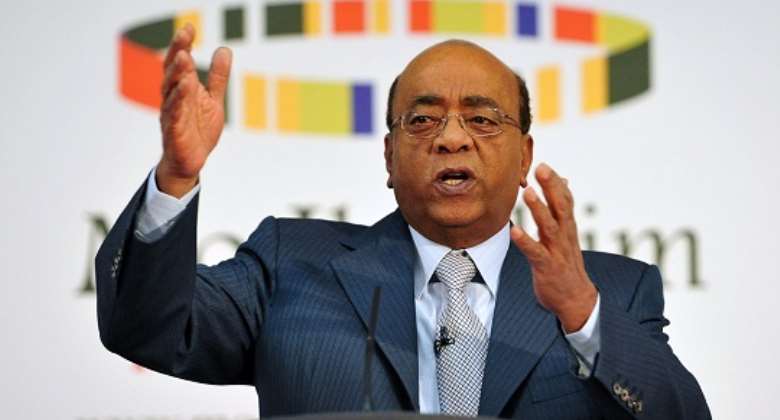 Dr Mohamed “Mo” Ibrahim (Arabic: محمد إبراهيم‎; born 1946) is a Sudanese-British mobile communications entrepreneur and billionaire. Ibrahim was employed by British Telecom for a time, and later worked as the technical director for Cellnet, a subsidiary of British Telecom. During the early 1980s Ibrahim taught undergraduate telecommunication courses at Thames Polytechnic later to become University of Greenwich.

In 1989 he founded MSI. In 1998, MSI spun off MSI-Cellular Investments, later renamed Celtel, as a mobile phone operator in Africa.

After selling Celtel in 2005 for $3.4 billion, he set up the Mo Ibrahim Foundation to encourage better governance in Africa, as well as creating the Mo Ibrahim Index, to evaluate nations' performance. He is also a member of the Africa Regional Advisory Board of London Business School.

The big questions are:
1 – How an employed engineer raised a $ 16 million capital to establish his first business company in Uganda?

2- Is it normal to a beginner entrepreneur to establish a wealth of more than US$1.1 billion in about 15 years only?

3- What are the interests of a security company, such as Securicor, have to do with telecommunications and cell phones?

5- Why telecommunication companies rebrand themselves and change ownership very often despite of their huge profitability?

6- Why Mo Ibrahim left active but short lucrative business career and switched to a philanthropist foundation of leadership and governance in Africa?

After reading many accounts and interviews about the fast and amazing climb to wealth by Dr. Mo Ibrahim it appears logical to come to the following analysis:

1- Greed and not talent is the most important quality to become very rich.

2- Secret societies are the fully driving force in organized capitalism, and not markets.

3- Lords of wealth may give capital but they shall own the funded businesses.

4- Once you are on board to become rich you are not in control of your own destiny.

5- Once you become rich you are hostage and property to the system forever. (Like in Hotel California song)

6- The case is an example of how organized capitalism works and rots; and must be taught in colleges.

7- Your family and your personal choices are included in the capitalist project.

8- Collecting and selling information is absolutely the biggest businesses in this era.

9- No need to pay most taxes if you are serving the system abroad and you are compliant.

10- Citizenship in capitalist states may be given to bank accounts and not to individuals.

11- You are allowed to be very rich but not to reach super rich status.

12- Interests of banks are paramount those of nations, governments and humanity.

13- Giving bribes to heads of states and senior officials are necessary to avoid delays and junior kickbacks.

17- Spending money in creating temporary businesses is recoverable by using then selling them.

18- Similarity in spin off firms' names is common practice for switching between owners and markets.

19- Investing in human resources development is not good for philanthropist capitalists.

20- Corruption in Europe is mostly acceptable and allowed at top levels but forbidden at low levels.

23- The very rich must keep the true stories of their success to themselves.

24- Laws and regulations are made to deter and control common people who are out of the system.

25- The rule of supply and demands applies to the market of chances of easy profits before markets.

These conclusions might be wrong; but the witness on the truth in this particular case is only the honesty of Dr. Mo Ibrahim.

Kennedy Agyapong will win NPP’s primaries because of his hon...
22 minutes ago

You disgraced yourselves and the entire country by booing Ak...
29 minutes ago