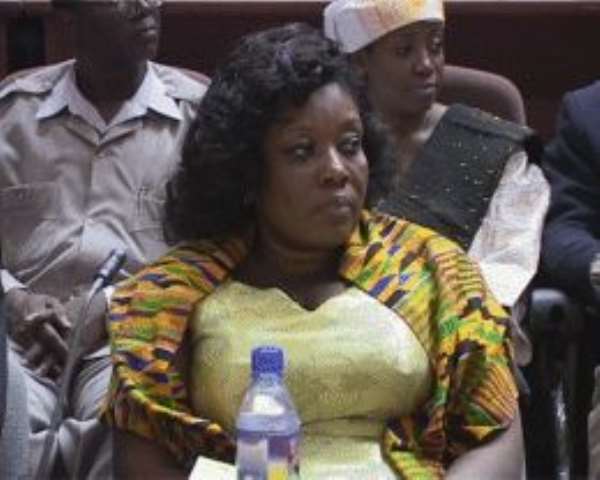 ...at all cost- Cape Coast elders tell Kufuor Cape Coast -- SOON AFTER the famous “Elmina Declaration” in which President Kufuor declared his support for the Convention People's Party (CPP) member, Dr. Paa Kwesi Ndoum, to contest the Komenda Edina Eguafo Abirem (KEEA) there had been fears that a similar event could happen in Cape-Coast. Last Friday, President Kufuor and his entourage, after touring parts of the Central region, made a final stop here and had a meeting with the constituency executives, with reference to the impending primaries, slated for this Saturday.

Before then, the President had consulted some of the elders in town and sought their views as to whether the primaries should be conducted or not, The Chronicle gathered.

The elders reaffirmed that the primaries must be conducted at all cost. Mr. Haruna Esseku, the NPP national chairman, had stated explicitly that they had come to dispel the rumor that he had asked Mr. Godwin Edwin Buckman to step down for the incumbent Member of Parliament (MP), Mrs. Christine Churcher.

He went on to say that whoever emerged as winner, the party would throw its weight behind him or her.

He, however, warned them that if they really liked the party, they should think otherwise and do the right thing, which sounded very philosophical in the minds of some executives.

Then came President Kufuor who made it clear that he supported neither of the two contenders and that he had no intention of playing any devil's advocate in the fiercely contested primaries that had been postponed for a number of times.

The President, who had been told by the elders that the primaries must at all cost be conducted, told the members that the Elmina declaration had caused many problems to the party and he would not like such a case to happen again.

President Kufuor, The Chronicle was told, just wanted peaceful primaries, as people were very interested in events unfolding from Cape-Coast and Kumasi.

He assured them that after the primaries, every problem would be solved to enable the party win the seat in the December election.

However, the mood of some of the ministers who accompanied him indicated that they were there to lobby for their colleague sitting MP but the situation on the ground; the paper learnt, was not persuasive in any way.

Currently, there is growing concern among the hierarchy of the NPP about the incessant loss of the sitting members of parliament that had called for serious intervention by the national executives. The reason was that should the party retain power, the governing of the country would be a problem because most of the new comers were likely to lack experience.

Since the party started conducting its primaries, a good number of sitting MPs had lost their seats. Prominent among them were Mr. Eddie Akita, former Deputy Minister for Defense and MP for Teshie and Mr. Emmanuel Adjei Boye, Deputy Minister for Roads and Transport and MP for Krowor, Nungua, who was reported to have decided to go independent.

There are speculations that a number of ministers would storm the municipality with the motive of luring delegates to vote in favour of the incumbent MP, who is now believed to be making a head way as was supposedly done for Mr. Stephen Asamoah Boateng, the Deputy Minister of Information during the Mfantsiman West primaries.

In the said primaries, about 16 ministers invaded the Mankessim township where they persuaded delegates to vote for the Deputy Minister because the government needed his services badly.

Those who were present at the meeting were Mr. Kwamina Bartels, Minister for Private Sector Development; Mr. Isaac Edumadze, Central Regional Minister; Mr. Stephen Asamoah Boateng, Deputy Information Minister and Mr. Ghartey, NPP Regional Chairman, as well as Muniru Arafat Nuhu, the Municipal Chief Executive, whilst the incumbent MP, Mrs. Churcher, was absent with the excuse that she was sick, according to the paper's source.