Kevin Danso: Ghanaian starlet thrilled with brace for Austria in Euro U17 qualifiers 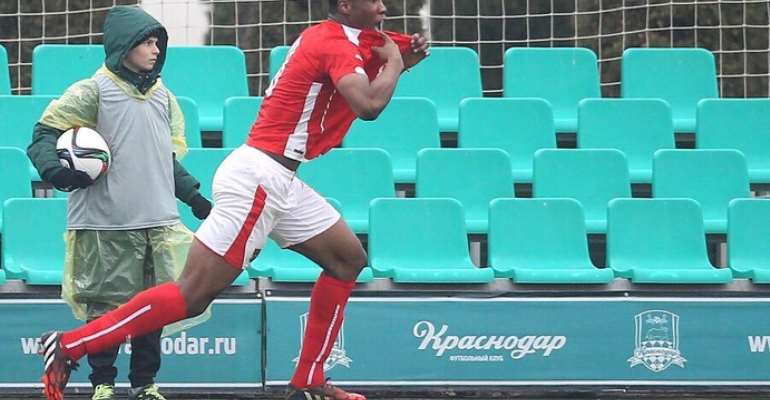 Austrian U17 starlet of Ghanaian descent Kevin Danso has told GHANAsoccernet.com about his exploits in the Euro U17 qualifiers and expressed delight at his brace against Wales on Monday afternoon.

The 16-year-old who plays for the U17 side of German Bundesliga side Augsburg scored both of Austria's opening goals within three minutes (37th and 40th minutes) before his team-mate Ramadani sealed the win with Wales scoring two late goals.

Danso says he feels extremely happy to have scored a double to qualify his side to the Euros.

“It was a great feeling to score. I feel very happy to score those impactful goals in the game,” he told GHANAsoccernet.com.

He also talked about his qualities in midfield: “I'm a typical number 8, a really box to box and not too attacking minded but I often do attack because I love scoring and very strong defensively,” he added.