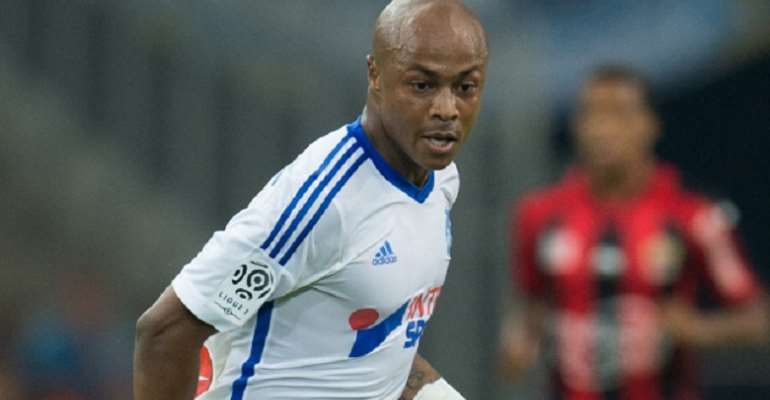 Andre Ayew is out of contract at Marseille in June

Everton are attempting a transfer coup over Newcastle with moves to sign Ghana forward Andre Ayew, according to reports in the British media.

Toffees boss Roberto Martinez is reported by the Mirror to have traveled to France to speak to the 25-year-old over a move to Goodison Park.

The Olympique Marseille man until now has been consistently linked to a move to Newcastle this summer.

Ayew is out of contract at Marseille in June – meaning his next move will be as a free agent.

The son of Ghana legend Abedi Pele is said to be demanding £3m a year in wages.

Everton are in the market for a new playmaker with Kevin Mirallas likely to make an exit at the end of the season.

Steven Pienaar's injury situation has also deteriorated over the years while Aaron Lenon is set to return to Tottenham Hotspurs at the end of his loan spell.

Martinez critically wants to use the guarantee of regular first team action to lure Ayew to Everton despite reports of interest from Italian giants Roma.