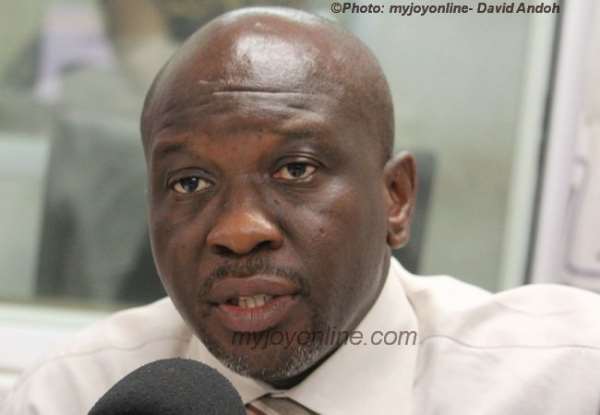 The inability of the Ghana Water Company Limited (GWCL) to supply adequate water is due to consumers' failure to pay their water bills; this is according to Communications Manager of the GWCL Stanley Martey.

Mr Martey said he finds it unbelievable that people are willing to spend money on beer and other things rather than paying their bills, when the price of a bottle of beer costs more than what they will pay for a 1000 litres of water.

“People fail to pay their water bills, no matter how small it is, they fail to do so but the sad aspect is that they find it easier to buy credit or beer and other stuff which is more expensive than water.”

A family of four will only require 10,000 litres of water per week and that should cost less than È»30.00, “why should this be difficult for us, if you sit with your friends to drink beer you consume more than È»30.00 at a sitting”.

Why should people refuse to pay their bills if water is not expensive? he quizzed. We are not being fair when we do not pay our water bills.

He conceded that although the GWCL has not done exceptionally well in the collection of water bills, it is doing its best to ensure that consumers do not have to struggle to pay their bills.

This, he says, has been made possible through the provision of payment points in various communities and the use of mobile money payment systems to encourage consumers to pay their bills.

He also noted that consumers can make payments in various major banks across the country.

Our payment system is postpaid so after consuming the water it should not be difficult to pay for it, he said.

As the world celebrates World Water Day Sunday, Mr Martey said Government is doing all it can to ensure that potable water is made available to people across the country.

Places like Teshie-Nungua, Madina and Adenta, who hitherto struggled to access clean water have all been provided with water through the Kpong expansion rehabilitation and expansion project which was commissioned by the President last year, he indicated.

He was hopeful that with the many projects which are being undertaken by the GWCL, water rationing should be a thing of the past, making it easy for people to access clean water.

Water.Org estimates that approximately 750million people around the world lack access to clean water and more than half of that (385million) are from Africa.

WaterAid reports that over 3,000 children under five years old die annually from poor water and sanitation in Ghana.