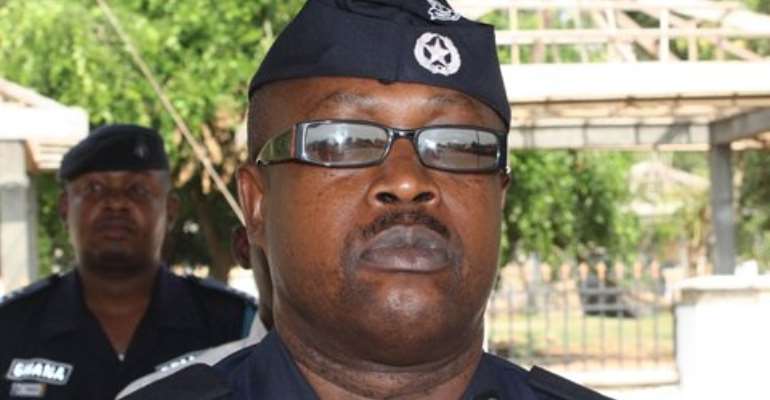 The two other police officers whose heads are being demanded by the NDC Security Caucus are ACP Ampofo Duku, the Deputy Regional Com­mander and ACP Kwaku Boadu Peprah, the Suame Divisional Commander.

Daily Guide newspaper says it has in its possession a copy of a petition which the NDC Security Caucus sent to the Flagstaff House,  and other relevant offices demanding the immediate removal of the three police chiefs from office.

"Transfer these police commanders from the Ashanti Region and bring in new police commanders who possess unquestionable integrity and unblemished reputation; who believe in fairness and in the ideals and values of NDC and the Better Ghana agenda.

"We also wish to state categorically that Kumasi and Ashanti Region as a whole need police com­manders who totally believe in the values and ideals of NDC and Better Ghana agenda as election 2016 is approaching.

"We in the NDC must be careful and always exercise diligence on the post­ings and transfers of police commanders who are in bed politically with and also sympathetic to the cause of the NPP in Kumasi and Ashanti Region," part of the petition stated.

The NDC Security Cau­cus also urged the Presidency to replace the police officers with policemen that subscribe to the ideals and policies of the NDC so that they could help the party retain political power in 2016.

They warned that the continuous stay in office of DCOP Kofi Boakye and the two other officers would prevent the NDC from achieving its one-million-votes target in the Ashanti Region during the 2016 polls.

"The continuous stay in office of the above mentioned police commanders in the Ashanti Region will serve as an effective weapon against our own government in attaining the one-million-votes tar­get earmarked to be achieved come 2016 general elections."

This was contained in the petition, dated February 23, 2015, and authored by Kingsley Boyase Amoah, Organising Secretary of the group.

The Vice President and the Chief of Staff among other top personalities in the NDC were also copied in the petition.

According to the NDC group, the three police officers are constantly in touch with the NPP gurus in the region, with the sole intention of making sure that the NPP wins more votes in the region during the 2016 polls.

The NDC Security Cau­cus particularly lambasted DCOP Kofi Boakye, accus­ing him of being in bed with Bernard Antwi Boasiako aka 'Wontumi', the Ashanti Regional NPP Chairman, with the aim of assisting the NPP to unseat the NDC in 2016.

They accused DCOP Kofi Boakye of doing absolutely nothing when Wontumi led his thugs to prevent some unknown NDC people from registering during the 2014 EC Biometric Registration exercise.

They also accused DCOP Boakye of always arresting most of the NDC thugs who protect NDC ballot boxes during electioneering periods, since he assumed the position of Regional Commander.

The group, who are determined to get DCOP Kofi Boakye removed from office, said the Police Com­mander is in bed with drug barons, thereby making drug business boom in the area.

Interestingly, all the drug cases in Kumasi, including the famous 'Tinka Island,' Columbia at Krofrom, Ahinsan and other places, have col­lapsed ever since DCOP Kofi Boakye took control of the Ashanti Region.

The police have continually raided all the 'Ganja' bases in Kumasi, making important arrests, thereby collapsing the narcotic business.

According to them, DCOP Kofi Boakye had a hand in the recently organised mammoth demonstration against President Mahama in Kumasi, but they could not produce any concrete evidence to that effect.

With regard to ACP Ampofo Duku, the Deputy Regional Commander, the group said he was constantly on the heels of NDC sympathisers who are arrested and tagged as armed robbers.

They also accused ACP Kwaku Boadu Peprah, the Suame Divisional Com­mander, of holding meet­ings with the NPP and victimising known NDC policemen at Suame, most of whom have been transferred from the area.

"Many of these junior police officers do assist our party (NDC) executives in securing police enquiry bail for some of our party members who sometimes get involved in cases at Suame Police Station."

The group reiterated its call on the President to immediately sack the three top officers from office and replace them with police­men that are known NDC members so that they could help the NDC amass more votes during the 2016 polls in the Ashanti Region.

They were of the view that without the help of policemen that believe in the NDC's ideologies and vision, the party's much talked about one million votes target in the Ashanti Region in 2016 would be a mirage.

E/R: Teachers boycott class as unknown persons use faeces to...
5 minutes ago

A/R: Decomposed body of lady found one week after boyfriend ...
5 minutes ago