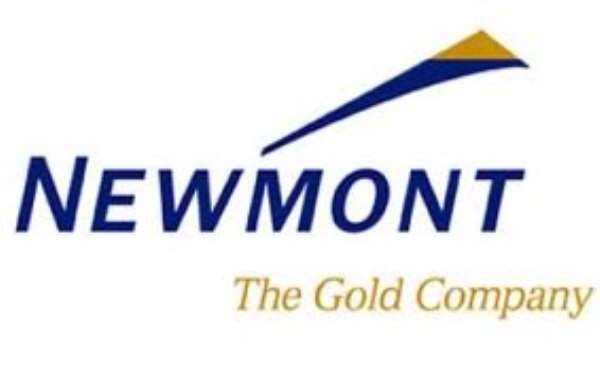 The amount is to finance sustainable social investment in 10 communities within its operational area.

The establishment of the foundation was an agreement signed in 2014 between Newmont and the 10 affected communities for Newmont to contribute, 1 dollar per an ounce of gold produced and sold and one per cent of its profit before tax into the foundation.

The General Manager of the Newmont Akyem Project, Mr Kevin Moxham disclosed this at the inauguration of a GH¢225,000.00 office building of NAADeF, constructed by Newmont at Amanfrom, a settlement community near New Abirem.

He said Newmont believes in effective collaboration and engaging its stakeholders on issues that affects them, as the company was committed to leave the communities better off than it came to meet them.

The General Manager said one objective of Newmont was to create values and improve lives through sustainable and responsible mining in the area where it operates, which will only be achieved through effective partnership.

He said, the secretariat will support the smooth running of the day to day activities of the foundation and also serve as a meeting place for the various community committees.

The Chairman of the nine member Board of Trustees of the foundation, Professor Emmanuel Gyimah-Boadi of the Centre for Democratic Development (CDD), who comes from the area, commended Newmont for keeping to the shared values of its host communities by initiating the establishment of the development foundation, which it had contributed significant resources and funds into.

He said, a seven member Sustainable Development Committee (SDC) had been established in all the 10 communities to plan, implement and manage sustainable development project in their communities.

Prof Gyimah-Boadi said the sustainable social investment to be funded by the foundation include educational scholarships, infrastructure and social amenities, youth development and promotion of culture, business development and economic empowerment.

The Birim North District Chief Executive (DCE), Mr Paul Aboagy Dadzie, said, the coming of Newmont to the district has been a blessing to the people as it will enhance the development of the district.

The Queen mother of the Akyem Kotoku Traditional Area, Nana Akua Asantewaa the III, advised the people and workers of the company to channel all their grievances through the appropriate quarters for amicable solutions and avoid demonstrations against the company, as it will affect its operation and the foundation.