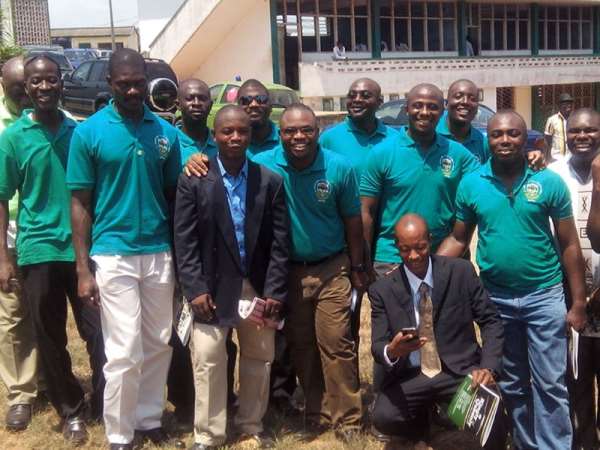 The Groupe Nduom Foundation funded a project valued at GH¢500,000 - The 150-student capacity facility has a study, library, visitors' room and a large courtyard for recreation. The three-story block has three fully furnished staff apartments (two-bedrooms each) for the housemasters. While the Adjaye brothers funded a Computer Laboratory valued at GH¢200,000. The modern technical facility is fully equipped with 63 computers, and printers.

Blaykyi Kenyah was born on July, 15th 1996, and is the first of four children. His APSUNIAN father, Mr. Felix Blay Kenyah is currently the Metro Director of Agriculture at Sekondi Takoradi while his mother, Mrs. Grace Anastasia Kenyah, is a Principal Nursing Officer at the Effia Nkwanta Hospital.

Blaykyi started schooling at the Holy Spirit Roman Catholic Primary School in Sunyani and entered Augusco in 2011 where he did a course in General Science. He served as the President of the school's Debate Club, General Secretary of both the Civic Education and Readwide clubs, and was a member of the Student Representative Council.

He obtained grade A1 in all eight subjects at the West African Senior School Certificate Examination (WASSCE). In 2013, he sat for the Scholastic Aptitude Test (SAT), and obtained a fantastic score. A combination of this and his WASSCE results has earned him a well deserved place at the Ivy League, Princeton University in New Jersey, USA, with a close to 100% scholarship.

Blaykyi, who is considering a career in international law or finance, is set to begin undergraduate studies in the fall of 2015 and plans to undertake a course in International Affairs. He is an avid reader whose hobbies include cooking, which he says: "combines the precision of a scientist and the flair of an artist".

Purpose of Education
As the RSA Charter for the 21st Century notes: "It is the primary purpose of education to awaken a love of learning in young people, and give them the ability and desire to carry on learning throughout life."

Education must nurture creativity and capacity for independent and critical thought. Students should leave formal education equipped with the confidence, aptitude and skills they need for all aspects of life. It should help them develop and maintain their own emotional, physical and mental well-being. Beyond that education should engage the learner with exciting, relevant content and opportunities for learning, through experience and by doing.

“Education is the clearest path to individual opportunity and societal growth, and entrepreneurship education is especially vital to fuelling a more robust global economy. Entrepreneurs bring new ideas to life, through innovation, creativity and the desire to build something of lasting value. Therefore, we must continually foster educational cultures within our companies, governments and communities to keep the entrepreneurship pipeline filled for generations to come”. Dirk Meyer, President and CEO, AMD.

Entrepreneurship Education empowers people at all levels to take their destiny into their hands, and creates opportunities which contribute to economic growth as well as personal and professional development. Entrepreneurs play an important part in motivating students by serving as role models. In this respect, alumni can play a key role by engaging the students at this early stage. Arguably, the earlier and more widespread the exposure to entrepreneurship and innovation, the more likely students will become entrepreneurial. Tapping into this pool constitutes a potential source of future funding and support.

The role of education in society is changing. New forms of education are emerging both within and outside the formal education systems. After school programmes together with TV, Internet and media, are playing increasingly active and important roles. These multiple channels provide many opportunities to build effective approaches to delivering entrepreneurship education.

Entrepreneurship and education are two such extraordinary opportunities that need to be leveraged and interconnected if Ghana is to develop the human capital required for building the country. "Entrepreneurship is the engine fuelling innovation, employment generation and economic growth. It provides a mix of experiential learning, skill building and, most importantly, mindset shift".

It is not enough to teach entrepreneurship on the fringes – it needs to be an integral part of the education system. Educational institutions need to adopt contemporary methods and tools to develop the appropriate learning environment for encouraging creativity, innovation and the ability to “think out of the box” to solve problems. This of course requires a fundamental rethinking of educational systems, both formal and informal, as well as the way in which teachers are trained. Additionally, the examination structures, recognition, reward and incentive systems ought to be revised.

APSU, under the inspiring leadership of my classmate, Dr. Anthony Osei, operates a full-time Secretariat at the Trade Fair, Pavilion E from where the Union's activities are coordinated. The Secretariat is under the supervision of Eric Atta-Sono and Bernard Acheampong, APSU National Secretary and Assistant Secretary respectively.

In line with the College's convention of APSUNIANS hosting anniversaries and funding projects 25 years after leaving school, the 1990 year group, hosts of the 85th Anniversary, have delivered by refurbishing the school's Geography Block.

APSU '90 has been engaged in a Mentorship Programme which has started yielding very positive results.

Refurbishment of the Geography Block
The Geography Block is located behind the College Dining Hall, and is next to the Computer Laboratory (formerly the Library). The block was built in the late 1950s, and is made up of six classrooms on the two upper floors, with the Geography Hall and the College Bookshop on the ground floor. The classrooms on the first floor were used by Form Five students, whilst the second floor served as classrooms for Sixth-formers – giving the block the tag, 'Sixth-Form Block'.

The refurbishment project scope of work included: Remedial concrete works on the block; Repairs to roofing sheets; Re-wiring of entire electrical system; Replacement of electrical fittings; Hacking-off and re-screeding of concrete flooring in the building; Replacement of broken concrete pavement slabs in front of the block and repair work on ground floor burglar-proofing in all the ground floor windows.

Also included were the replacement of louvre carriers with plastic carriers and blades; Replacement of ceiling plysheets on the 2nd floor; Replacement of defective boards on the underside of the eaves; Replacement of seven (7) single panel doors and one (1) double-door (complete with the locks and fasteners); Provision of six (6) additional white boards and notice boards in the classrooms; Painting of the entire block (interior and exterior); and Landscaping of the lawn in front of the block.

The refurbishment together with hosting the anniversary activities by the year group is estimated at US$75,000.

As part of the anniversary programme, the 1985 year group will hand over a novel washing facility they have funded. The facility, estimated at GHS 80,000 on completion, is located behind , St. Patrick's house (Assistant School Prefect's room), stretching to cover portions of the lawn between St George's, Luke's and Theresa's house. 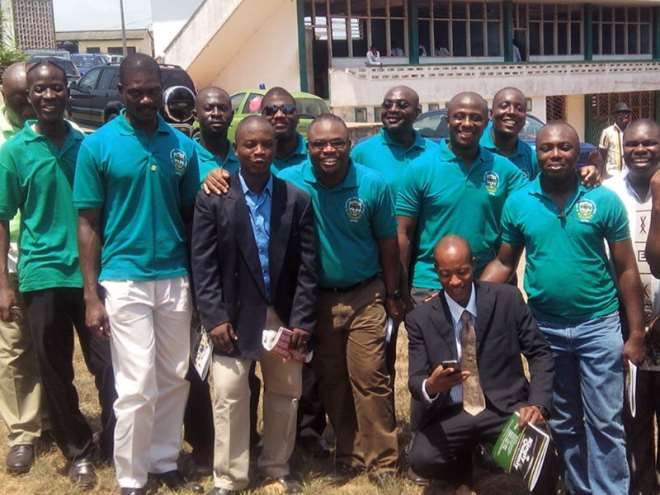 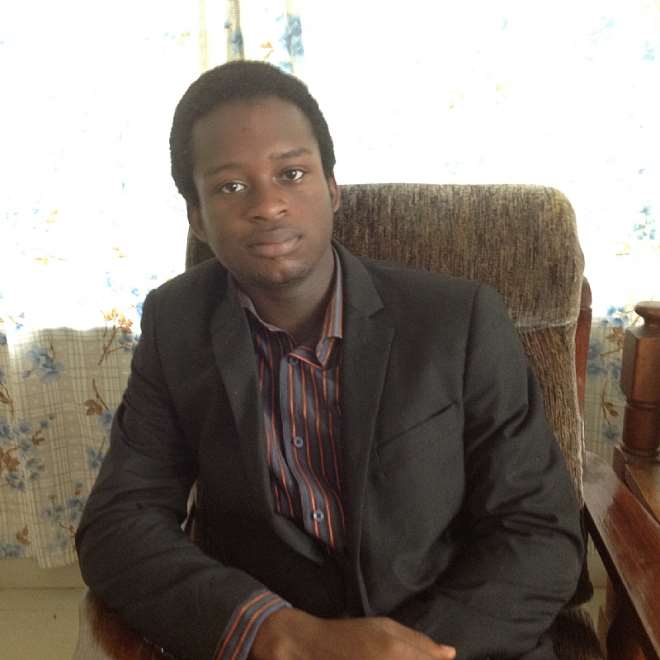