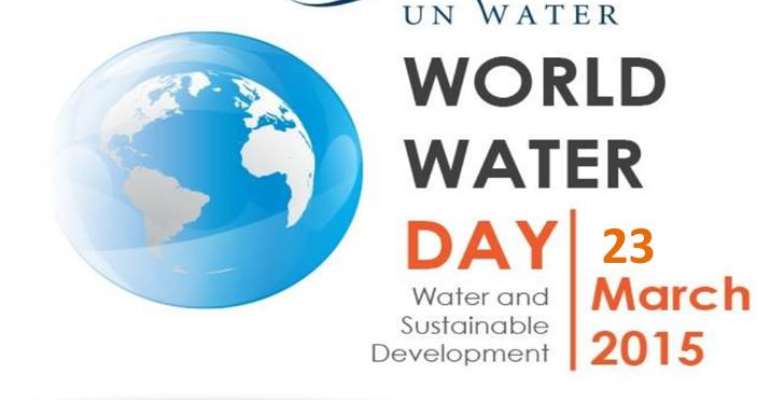 Accra, March 20, GNA - Government would ensure that its citizens had the water they needed to live healthy, happy and productive lives as the world marks World Water Day.

The theme for this year's celebration offers an opportunity to address the inequities especially for the millions who leave in the urban slums and communities and survive without access to safe drinking water, adequate sanitation, sufficient food and energy services.

The statement said government had invested over one billion dollars in water and sanitation services to tackle the cities infrastructural systems and promote efficient water treatment technologies among other things.

It says water and sanitation development is also an issue at the sub-regional and regional levels that calls for pragmatic solutions anchored on negotiations and dialogue.

Activities have been planned to draw public attention to the interdependence between water and health, nature, urbanisation, energy, food and their crucial impact on poverty alleviation.

Prizes would be awarded to basic schools that took part in a tree planting competition among other things as art of the celebration.

A symposium on the youth would be held on Monday, March 23, at the Trade Fair Site to climax the celebration.