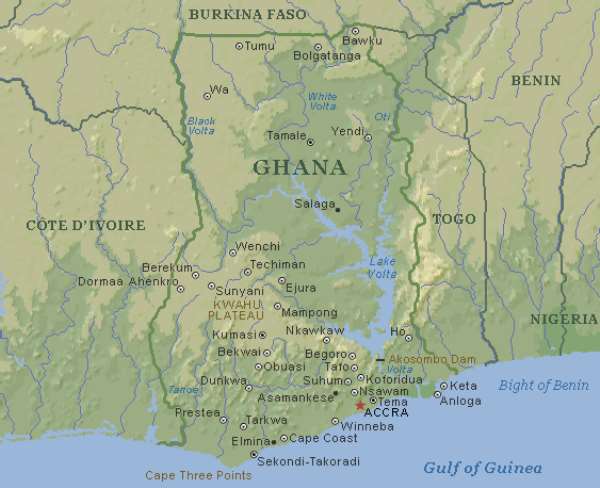 We will be no longer be Ghanaian, but “GAMARIANS” Ghana's Lingua Franca to Be Twi Dauda Abubakar Ayaba, a 47-year-old trader, native of Bawku in the Upper-East region, standing as an independent presidential candidate in the up-coming presidential elections, has said Ghana's lingua franca will be 'Twi,' an Akan language,spoken mainly by Ashantis, if he is elected to power. This, he explained, was not due to the presumption that Ashantis are better than other tribes and ethnic groups in the country, but because it is the most widely spoken language in Ghana. The aspirant, who sounded very biblical, was seen quoting the bible virtually in all his statements at a press conference he organized at the International Press Center in Accra during the week, to officially register his presence in the already keen race to the Osu Castle come December, this year. He said since its inception Ghana has got three phases, with the first being the colonial times when the country was ruled by the whites, the independence era when the country was salvaged by Dr. Kwame Nkrumah and what he calls the promise land, which he has been sent by God to lead. He said the formation of the Convention People's Party (CPP) from the United Gold Coast Convention (UGCC) by Dr Nkrumah was due to the "circulation of hatred" in the UGCC at the time by a section of its leaders.

Comparing the activities of the various political administrations, he said, "The overthrow of the Limann government was to allow the current government to finish their offspring," claiming the hatred circle has now ended.

The name Ghana, he noted, is also to be changed to Gama, which he said is blend of the Ewe and the Ga languages, with the 'Ga' meaning money in Ewe and 'Ma' referring to the country, which literally connotes "God has allowed money already," with the capital maintained as Accra.

Mr. Ayaba further indicated that the system of governance is also to be changed from the western democracy to what he called 'standard democracy.'

He explained that this was not a new system of governance but rather one in which governments will be run alternately, by recognized bodies, such as chiefs, soldiers, policemen, clergymen and so on, without an opposition, where each will have a chance to his merit.

The constitution, he said, will be amended on his immediate assumption of power with the coat of arms replaced with a star and the motto changed from Freedom and Justice to "In the name of God."

Disregarding the provisions of the current constitution, he said the presidential tenure of office in his administration would be five years.

Asked who his running mate and financiers were, he said God has touched the hearts of some individuals to sponsor him and he will do the same in providing him with a running mate.

He told the press not to underestimate him.

He said, "Come December, this year, God will cause a miracle to disprove the doubting Thomases."

There's no sale of Government lands in Ho — Volta Region Lan...
33 minutes ago