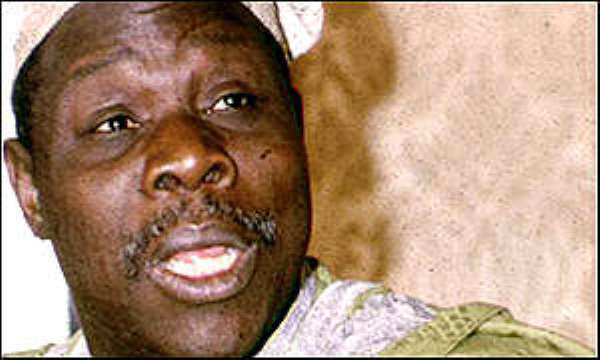 President Obasanjo told reporters before he left for home that the meeting was of the view that all parties in the Ivorian conflict should implement the 2003 Linas-Marcoussis Agreement.

He said the Meeting said if this were followed, it would bring lasting peace to the country, which had been in deep crisis since September 2002 when soldiers mutinied and it turned into a full coup. The country has been effectively split into two with the rebels controlling the north part.

On Liberia, President Obasanjo said the meeting resolved that there was inadequate consultation among the various factions and called for adequate steps to implement the comprehensive peace agreement signed in Accra last year.

On Darfur, the GNA learnt that General Abdulsalami Abubakar, who led an African Union fact-finding mission to the troubled Sudanese region, briefed the meeting.

President Obasanjo said the Summit had asked the Sudanese Government to play its role of brining all the people on board. He said the African Union had agreed to provide a protectionist force, but this was not enough.

The Summit was, therefore, appealing to he international community to provide humanitarian and logistical support.

He denied that the Sudanese Government had rejected the protectionist force saying "there is n such rejection".

A pro-government Ivorian group calling itself the Movement for the Defence of Institutions of the Republic on Friday staged a demonstration at the venue of the Summit saying their concern was on attempts to change the eligibility article in that country's Constitution. Ms Genevieve Bro Grede, President of the Group, said a study of the Constitutions of several African countries showed that one the eligibility criteria for contesting for the position of President was citizenship.

They were, therefore, against calls to change the eligibility criterion, which was one of the knotty points facing facilitators at the Mini Summit being co-hosted by President John Agyekum Kufuor and UN Secretary-General Busumuru Kofi Annan.

She said the Constitution promulgated in August 2000 was adopted by about 86 per cent of voters in a referendum.

She described the Constitution as sacred because it was approved by a referendum, adding that changing the article on eligibility without putting it to the vote was unacceptable.

The Summit, which opened on Thursday to find a peaceful solution to the Ivorian crisis, has travelled into a second day, as facilitators continue to work to reach a consensus between the various parties. President Kufuor in his opening statement called on various parties to forge a consensus to move the Linas-Marcousis Accord forward.

They should make the necessary compromises to move the peace process forward, President Kufuor, who is the Chairman of the Economic Community of West African States (ECOWAS), said.

The Summit dubbed ACCRA III is to encourage all the parties to the conflict to implement fully the Linas-Marcoussis and ACCRA II Accords to facilitate the conduct of free, fair, credible and transparent elections in Cote d'Ivoire in October 2005.

Termed the "last chance" the Summit is a follow-up to the Mini Summit held in Addis Ababa on July 6 during the Third Session of the African Union (AU).

The Cote d'Ivoire's crisis erupted on September 19, 2002 when soldiers mutinied and it turned into a coup attempt. This has effectively split the country into two with the rebels taking control of the northern part of the country.