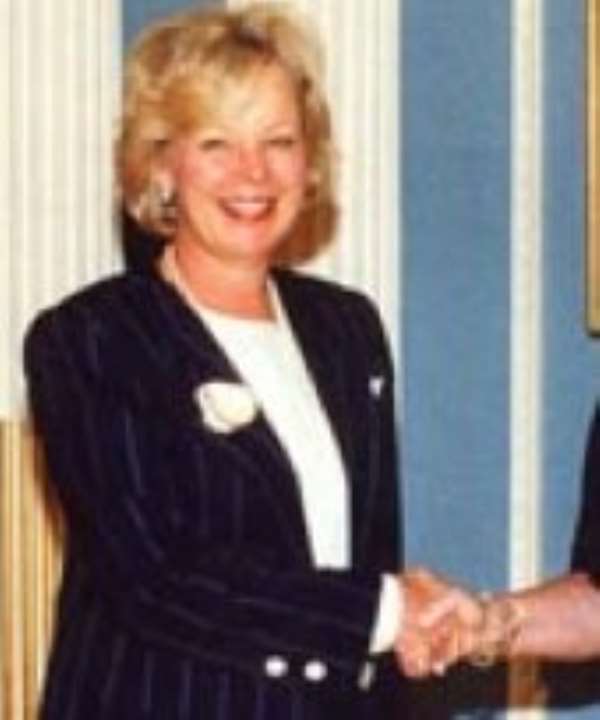 Accra, July 29, GNA - The U.S. Ambassador to Ghana, Ms Mary Carlin Yates on Thursday visited the Nima Community Centre, now under construction, where she met with officials from the Alhussunna Wal-Jamaa.

The U.S. Department of Defence Humanitarian Civic Assistance program is funding the community centre, at an estimated cost of 40,000 dollars, a statement from the U.S. Embassy in Accra said. The U.S. Naval Construction Battalion, the Seabees, is carrying out the project, in coordination with members of the Ghanaian Military. The statement said the Seabees have provided materials and labour for the project, which would be used as a venue for weddings, funerals and community meetings.

They have also improved the local soccer field, grading it to improve drainage, supplying new nets for the goals and installing playground equipment.

The statement said community and political leaders of Nima, including Sheikh Oumar, the Imam of the Alhussunna Sect, were present during the Ambassador's visit.

Ms Yates made a donation of books and other school supplies, an additional contribution from the US Department of Defence to a school at Nima. Other projects recently carried out in Ghana by the U.S. Department of Defence's Humanitarian Civic Assistance programme include construction of the Haatso Medical Clinic, which opened last month and a clinic at Sekondi.

It has also funded for an AIDS hospice in Tamale; dam refurbishment projects, engineering support for the development of the Kakum and Shai Hills National Parks and various community self-help projects such as blocks of classrooms and teachers' quarters in all the 10 regions of the country.