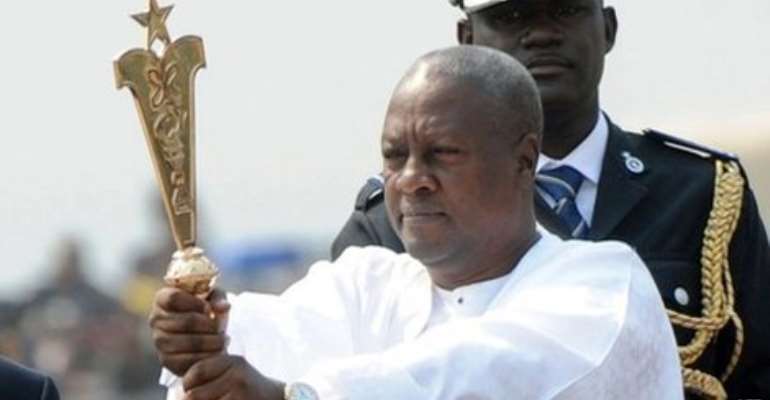 Contrary to what many expect, I shall not attempt a recap of all events of 2014 for three reasons,

1. My lazy ass won't allow me
2. I do not have the capacity, time and space to do that

3. I am a firm believer of let bygones be by bygones (terms and conditions apply).

Let me however hasten to add that if you are still interested in getting a reminder of what 2014 had to offer from the missing Airliners to the missing musicians (Castro), through to the death of some big personalities (KomlaDumor), from Ghana's World cup fiasco, to whatever your area of interest then the newsstand should be of help, because indeed the various newspapers have started cashing in on that. If you are a TV person too, you know what to do and if you like Radio like I do then CITI FM captures it like no other.

The CITI FM angle of this whole 2014 phenomenon is what I shall attempt a reproduction of in this article.

So why not start with the;
CATCH PHRASE OF THE YEAR
Indeed 2014 saw a number of those words or phrases that became household names and were on the lips of almost everyone, the rich the poor the young, old, strong, weak etc. I bet you still remember Guru's “boysabre”, what about Lumba's “yentieobiaa”, the latest kid on the block “kpakpakpa movement” and 2014 is almost over and we still don't know who really said “tweaaa”. So if I ask you to choose one of the above as your catch phrase of the year,what would it be?

CRY BABY OF THE YEAR
I trust you still remember the Justice Dzamefe Commission that was tasked to investigate Ghana's poor performance at the world cup. And I trust you do same for the many that appeared before it notably the former Minister of Black Stars Affairs, sorry former Minister of Sports and something something, (can you really blame me since these days all they do is talk about Black Stars?) If you do remember him then I guess you remember also the point where the Justice ordered all cameramen to move away.

Haha that was when he was busily wetting his handkerchief with tears, and the Justice went like ; “ oh honorable don't be emotional, oh stop please don't get emotional, please counsell(at this time speaking to AfriyieAnkrah's lawyer) should we give you some time to console your client? Hahahah the Justice's approach was understandable, he didn't want to be blunt about the old man weeping and at this point I felt like he was teasing AfriyieAnkrah with his whole “don't get emotional” thing.

Okk so what about the other counterpart, the former Adentan MP, Mr Swagger Papa aka MrAduAsare. Indeed Justice Dzamefe and his colleagues made the Commission turn into a funeral ground. One, two, three questions and AduAsare was all over the place weeping like a kindergarten boy who has been caught writing a love letter.

Is KT Hammond's mom still dying? He got me very emotional that day when he started lamenting and crying about why he would steal $3.5 million of state money and that because of the allegations his mother was dying. Was that a question? There's every reason you would steal that money because its $3.5 million. Duhhh!!!!!!!!!. And so he also appeared before the Sole Commissioner and started crying like his counterparts because he's been alleged to have stolen State money. (thanks God for modern day style of writing I can now afford to let my readers know at this point I am smh, shaking my heard)

While I do not take delight in people's woes, I cannot deny the fact that these were spectacles to behold and if I asked you to choose which of the above should win Cry Baby Of the Year Award, who would it be?

KNOCKOUT OF THE YEAR
So after all the noise by Nana OheneNtow about Alan Kyeremanteng's readiness to unseat Nana AkuufoAddo as the flag bearer of the NPP, coupled with some logically pathetic arguments about how some village of 10 people in the North welcomed Alan Kyeremanteng with joy and ecstasy and so if people in such a remote place know Alan then of course he's bound to be president forgetting it takes more than that to even win a school prefect position. The results of the primaries saw what many political commentators described as rape by AkuffoAddo. That was to suggest that even though many expected a win for Nana Addo, the thought of such margin was not conceivable.So bottom-line, Alan Kyeremateng was knocked out.

After months of media hype the bout that pundits said could go down in history as the most talked about non-title bout in Ghana went down. The ring was opened finally for the boxing bout of two of Ghana's most popular “boxing comedians”BukomBanku and Ayittey Powers. The brouhaha and of course the theatrics spiced up the whole thing with the bout nearly being cancelled after Ayittey Powers' visit to the renowned pastor TB Joshua. Apparently he went with the hopes that the Holy Spirit would cause the Spiritual leader to send clues of how the bout will go through his usual prophesies but that was not to be. This then became quite scary for Powers but eventually the bout came off. That day in the Accra Sports Stadium witnessed a sad incident where almost every Ghanaian including the former President JJ Rawlings and his wife sat by as BukkomBanku physically assaulted Ayittey Powers in the name of boxing. I still maintain BukomBanku should be arrested for that assault. Hahaha.

And so even though it wasn't a technical knockout by boxing rules, whoever watched the bout would understand that indeed the Bukom-Ayittey bout qualifies nonetheless to be in this category.

The poor show by Ghana at the World Cup, the ridiculous act of flying about 4 million dollars on a chartered plane to Brazil among others were not enough to disgrace Ghana and Ghanaians. Then came another blockbuster of a news, “SulleyMuntari struck Moses Parker a hefty blow to the cheek to send him landing on the ground”, another knockout.

So who would it be, Nana Addo,BukomBanku or Sulley Ali Muntari.

NSEMHUNU/NSEMFOO/NKWASEASEM/NONSENSE OF THE YEAR
If by now you have more than one person or a different person apart from the one I shall mention in mind, then it's either the other person is mad or you deserve the award yourself. If there is anyone especially a parliamentarian in modern day Ghana who is 500 years late into civilization and still hold views of pre-medieval times then of course to say he deserves this award would be most appropriate. We woke up one morning to hear a member of parliament advocate for the hanging and stoning of what he termed “adulterous women”, knowing very well such women don't commit adultery with trees but of course women are a lesser breed of humans, aren't they?

Mr Nelson Abudu Bani, Member of Parliament for Daboya deserves this award without doubt. Those comments of his in 2014 undoubtedly were the nsemhunu/nsemfoo and above all the nkwaseasem of the year.

You could yours in the comment box but that is my Twenty14. May 2015 bring us good luck. Happy New year y'all.