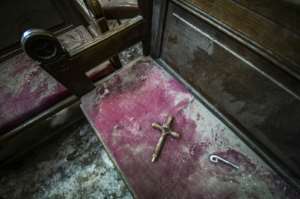 Cairo (AFP) - The Islamic State group claimed responsibility for a bomb attack on a Cairo church that killed 25 people, in a statement circulated on social media on Tuesday.