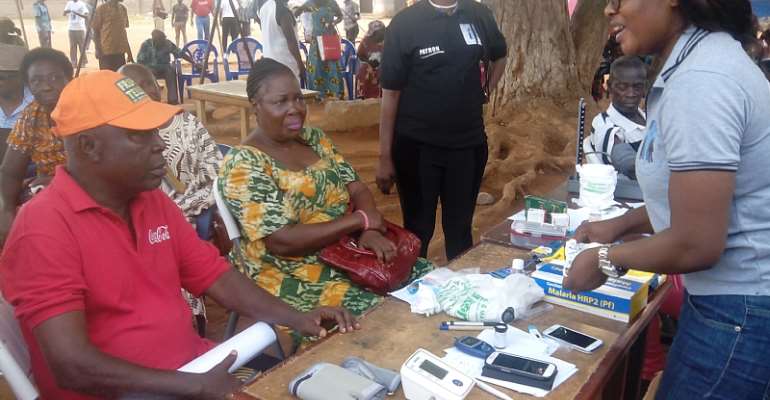 THE Blue Cross Foundation on valentine day honored about 300 older men and women with free medical screening and treatment and some give-away to take home in Accra.

The event was a joint collaboration organized by the Blue Cross Foundation and the 2012 NDC Parliamentary candidate in the Tema West Constituency, Hon. Samuel Ofosu Ampofo.

The Punch reporter observed that not only were these older persons given free treatment but they were all conveyed to and fro in a Mercedes benz (sprinter bus) to the Saint James preparatory school in Lashibi where the exercise was held.

Excited as they were, these older persons were provides with food, drinks and snacks before the nurses commenced the exercise with screening.

The President of Blue Cross Foundation, Faustina Gyimah noted that they have earmarked 14th February valentine day to show love and care to the aged in all the communities in the Tema West constituency.

According to her, the challenge is that ageing comes with complications where one suffers from diabetes, hypertension or arthritis which is common with old age.

The President of the Foundation noted that the exercise which was supported by her pharmaceutical company on val's day to deviate from the usual way but rather show compassion to the aged.

She said, before treatment, the nurses will first take them through the vital science like screening for diabetes, hypertension, arthritis, malaria and many more.

After that, according to her, the four doctors from LEKMA will then prescribe final treatment for those suffering from diabetes and hypertension.

But in worst cases, she indicated that someone tested 13.8 percent diabetic which is extremely high and any person who falls above that figure will be transferred to LEKMA hospital for thorough treatment of insulin.

Hon. Samuel Ofosu Ampofo, also the former MP for Fantiakwa in the Eastern Region told the Punch that on every valentine day he supports a particular project inorder to show compassion and love to people.

He describe the exercise as the best valentine gift he can ever give to people, therefore he couldn't have turned down the request by Blue Cross Foundation to support the initiative.

Hon. Ofosu Ampofo, who is the Board Chairman of the Ghana Ports and Harbour Authority (GPHA) indicated that giving priority to the aged is in tandem with the policy direction of the Ministry of Gender, Children and Social Protection through the LEAP programme.

The relevance of the exercise is to complement the effort of government in providing security for the aged through the benevolence of Blue Cross Foundation.

With the huge turn up, he indicated that contingency plans have been put in place in an event that the number supersedes oversees their expectations.

Since its inception in 2011, Blue Cross foundation basically gives priority to the aged and deprived senior citizens with qualified doctors and nurses.

The future of the Foundation is to gradually stretch its tentacles to all the villages and communities in the country. 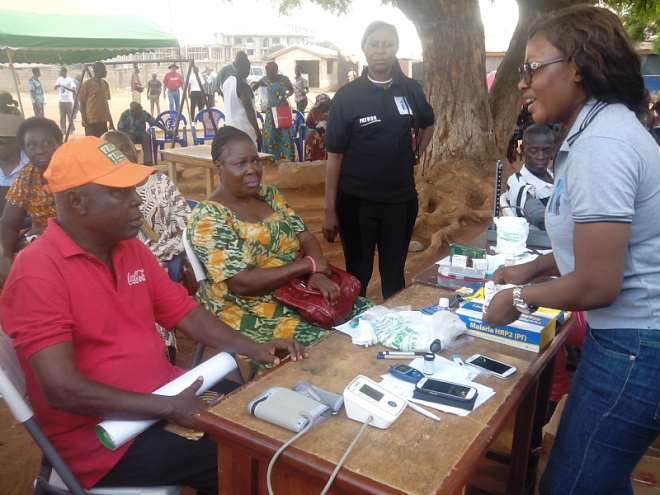 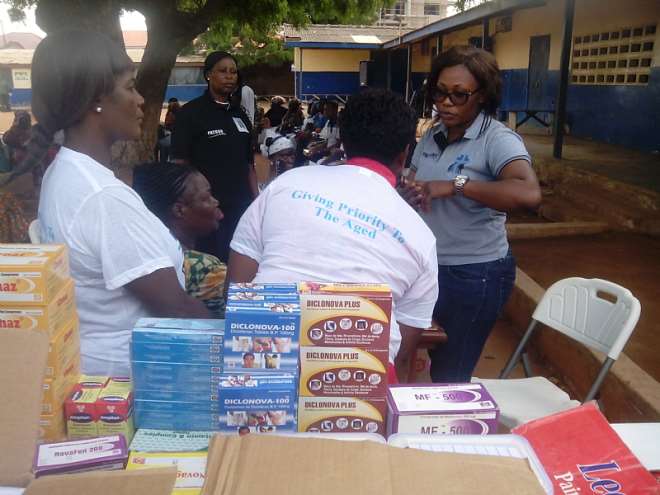 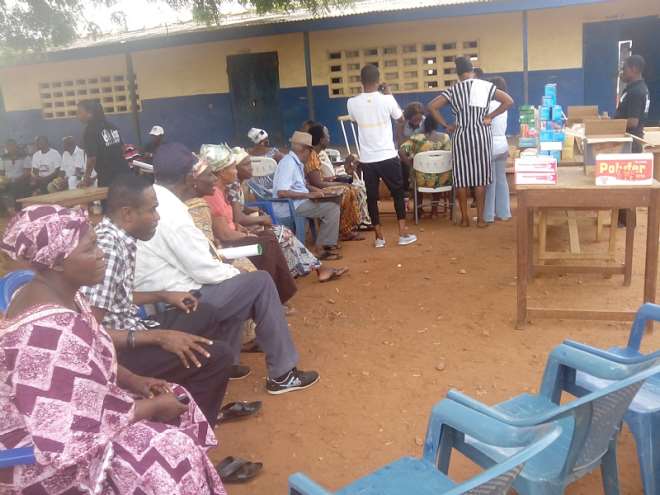 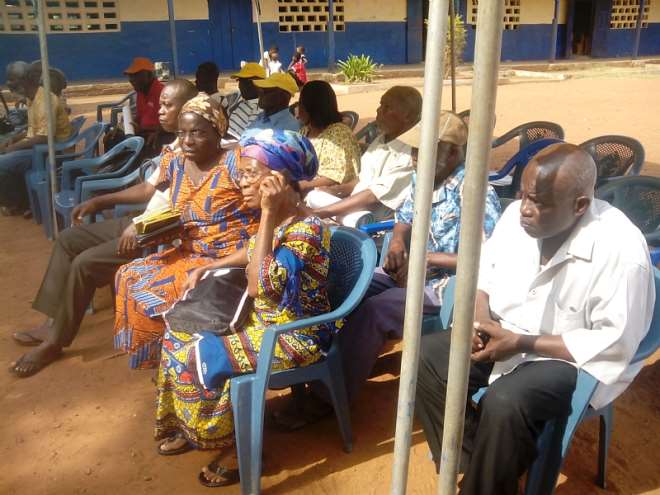 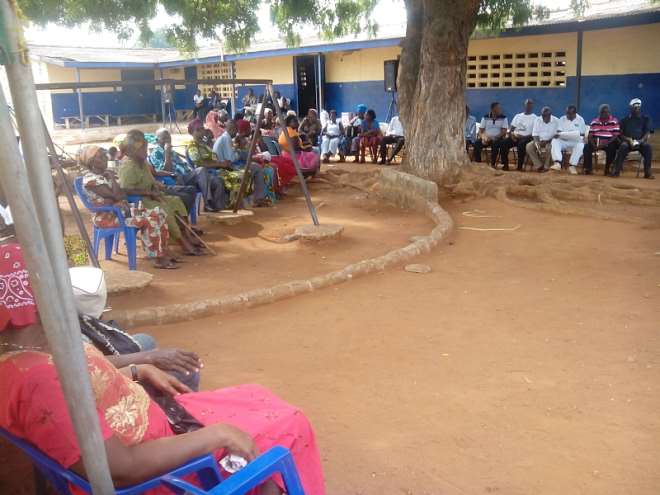 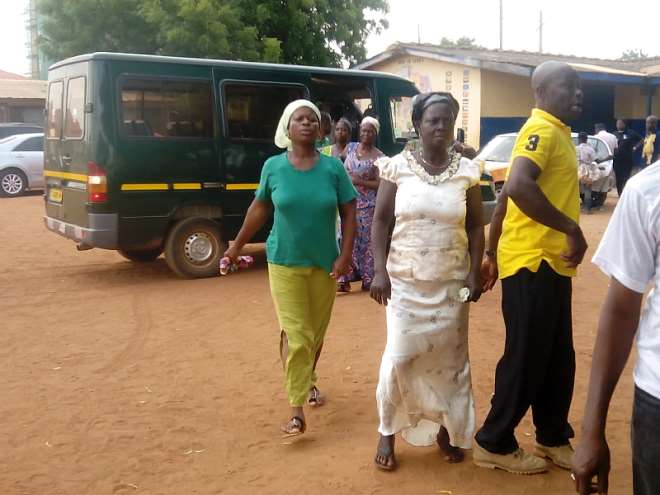 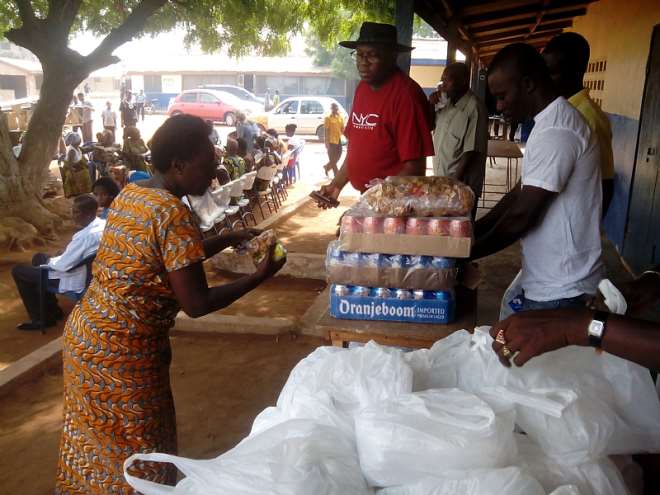