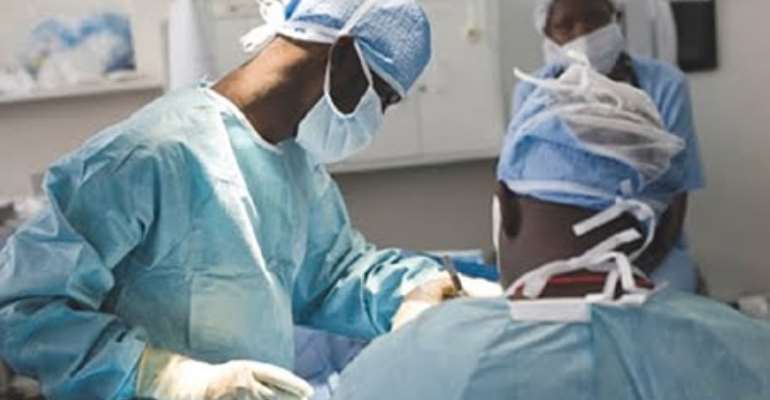 Regional Directors of Health Services Group (RDHSG) of the Ghana Health Service (GHS) has condemned the chaos that prevented the Northern Regional Health Director, Dr Akwasi Twumasi, who has been acting since September last year, from handing over to the new officer Dr Kofi Issah in Tamale last week.

Supposed foot-soldiers of the ruling National Democratic Congress (NDC) stormed the Northern Regional Health Directorate to disrupt the process, insisting that their preferred candidate must occupy the position.

The pleas of the foot-soldiers seemed to have been heeded by the Minister of Health, Dr Kwaku Agyemang-Mensah, who in a letter dated February 10, 2015, asked Dr Issah to take over from Dr Koku Awoonor-Williams as Upper East Regional Director of the Ghana Health Service (GHS).

But RDHSG vehemently kicked against the move and insisted that the status quo be maintained to promote professionalism.

The directives, according to the group, infringe on the integrity, professional independence of GHS.

In a strong-worded letter dated February 12, 2015 and sent to Dr Kwaku Agyemang-Mensah through the Chairman of GHS Council which was signed by Dr Joseph Teye Nuertey, it observed that never has such drama greeted the appointment of a regional director in the past 19 years of the existence of the GHS.

The group said it was absurd to appoint Dr Jacob Mahama at all cost as a regional director through the back door, describing the move as unfair and quite laughable.

It mentioned that current happenings were disturbing and violate the very rules and regulations for the appointment directors of the GHS.

Dr Jacob Mahama, according to the group, attended an interview conducted by the Public Services Commission and did not perform creditably,  reiterating that he cannot force his way into the position.

It therefore called for his immediate transfer from the region for bringing the image of the service into disrepute.

Dr Mahama, it said, should equally be cautioned by the GHS Council for his alleged actions and inactions

The group insisted that Dr Issah should be assigned the duties as RDHS of the Northern Region as authorised by the appointing authority of the GHS Council.

Dr Nuertey said the appointing authority for a director of the GHS is not the regional minister, and indicated that the group was appalled at his unruly behaviour of interfering and stopping Dr Kofi Issah from taking over as regional director for region, hinting that it was extremely unfortunate.

'We are deeply concerned about the negative effect this unwarranted situation has had on service delivery in the Northern Region and equally worried about the likely effect on the integrity and reputation of the Ghana Health Service,' it said.

It would be recalled that seven aspirants, including Dr Issah and Dr Jacob Mahama -Deputy Northern Regional Director in-charge of Public Health, were shortlisted for the post of regional health director in August last year.

After the entire processes by the Public Services Commission (PSC), Dr Kofi Issah was considered for the job.

PSC communicated the decision to him in a letter dated January 30, 2015 reference number AC/ 22/184/01A signed by one Michael Owusu-Nimako, Secretary to the commission.

He was subsequently appointed on the authorisation of President John Mahama in consultation with the PSC and the governing council of the Ghana Health Service (GHS) which was to take immediate effect.

The Director-General of the GHS, Dr Ebenezer Appiah-Denkyira, in a signed letter dated February 6, 2015 reference number GHS /DGS/N.1 duly informed the Northern Regional Minister about the appointment of Dr Kofi Issah to the region and appealed to his outfit to accord him the necessary courtesies.

A copy of a second letter from Dr Appiah-Denkyira sighted by DAILY GUIDE with reference number GHS/HRD/CD/C18 dated February 6, 2015 also informed the Brong Ahafo Regional Director of the GHS under who Dr Kofi Issah works.

A handing over ceremony was scheduled for February 9, 2015 at the Regional Health Directorate to enable Dr Akwasi Twumasi proceed on his mandatory retirement after acting since September last year.