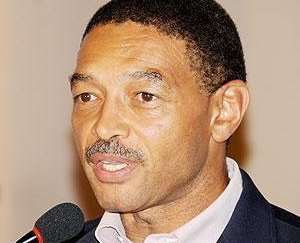 The board of Trustees of the Tony Elumelu Foundation has announced the appointment of Professor Reid E. Whitlock as Chief Executive of the Foundation, effective 16th February 2015.

Commenting on Professor Whitlock's appointment, Founder and Chairman of the Board of Trustees, Tony Elumelu said: "I welcome Professor Whitlock, who brings considerable global experience in the private, public, and academic sectors, which will significantly assist in realising the mission of the Tony Elumelu Foundation, in empowering Africa's next generation of entrepreneurs and driving the continent's economic and social transformation."

Founded in 2010 by serial entrepreneur and philanthropist Tony O.Elumelu, C.O.N., the Foundation is Africa's leading advocate for entrepreneurship, responsible for programmes designed to ensure that entrepreneurs and entrepreneurship become the primary driver of Africa's economic growth and social transformation.