By Food and Agriculture Organization of the United Na 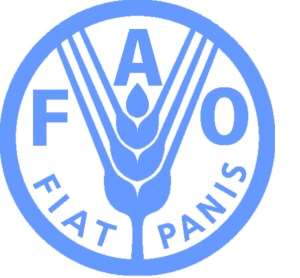 ROME, Italy, February 17, 2015/African Press Organization (APO)/ -- Tens of thousands of people in rural areas of Guinea worst-hit by the Ebola epidemic will receive training on how to prevent the spread of the disease and support in producing food and generating income, through an agreement involving the World Bank, the country's government, and FAO.

As part of the initiative, $5 million will be invested in FAO's Ebola Response Programme which aims to assist rural households whose livelihoods and access to food are severely threatened by the impact of Ebola.

"The funding is a much needed contribution towards building the resilience of communities whose already precarious situation of chronic food insecurity has been exacerbated by Ebola-related disruptions to farm labour, agricultural production and food markets," said Bukar Tijani, FAO Assistant Director-General/Regional Representative for Africa.

The project envisages a social mobilization campaign in which a total of 30,000 households will be sensitized on measures to counter the transmission of the disease in rural areas. Experienced rural development and extension field workers will undertake awareness activities combined with the provision of hygiene kits to rural communities.

In addition, some 15,500 vulnerable families will benefit from interventions aimed at safeguarding their livelihoods, including the provision of improved seeds, fertilizers and farming equipment in time for the crucial, upcoming vegetable and cereal planting seasons. The project will also focus on empowering farmers with technical knowledge and skills through farmer field schools.

Beneficiaries include hunters and women who used to sell bush meat but lost this source of income after authorities banned this trade in order to reduce the potential risk of exposure to Ebola through contact with wildlife. The programme will also target women groups involved in rice-processing activities.

Job opportunities will also be offered to 2,000 young workers through a cash-for-work approach.

The effort to revive the rural economy also envisages the contracting of local seed suppliers including those involved in the World Bank-funded West Africa Agricultural Productivity Program (WAAPP) for certified rice seed.

"We believe that these activities will be key to restore and protect the livelihoods of affected communities and to avoid long-lasting consequences on rural economies, said Isaias Obama, FAO Representative in Guinea.

According to the latest FAO/World Food Programme Crop and Food Security Assessment, a total of 470,000 people might be food insecure by March 2015 due to the impact of Ebola in Guinea.

In 2015, FAO is calling for $42.5 million to scale up its contribution to the fight against Ebola and to provide immediate assistance to nearly 170,000 farming households most affected by the outbreak across West Africa.

Thanks to the funds mobilized so far - more than $10 million (out of which $1.5 million have been granted by the Africa Solidarity Trust Fund) - FAO will be able to provide immediate assistance to 66,000 households and 200 women's associations in Guinea, Liberia and Sierra Leone. However, more funding is urgently needed to reach out to vulnerable rural communities whose life and livelihoods are threatened by the epidemics.